Originally this minisode was created and released in celebration toward the author’s five years of mapping at the time, offering three small levels in detailed environments, while being light on the action.

Includes three levels with separate themes seamlessly progressing into the next, starting off inside of a house in the outskirts, then trekking through some abandoned mines and finally reaching an old supply depot to round things up. Each one provides a different approach toward its enemy usage and general gameplay style, but is consistently light on the action, so the overall experience of 5 Years is on the easy side. Ammo is limited quite often and health supplies resort to stimpacks and bonus pickups. Higher tier goodies are kept aside as rewards for exploration and not left lying about so easily. This works well in favour for the low monster count the minisode pits against the player, allowing for a decent pace ensuring the levels aren’t blown through too quickly and put some restraint on wasting ammo. 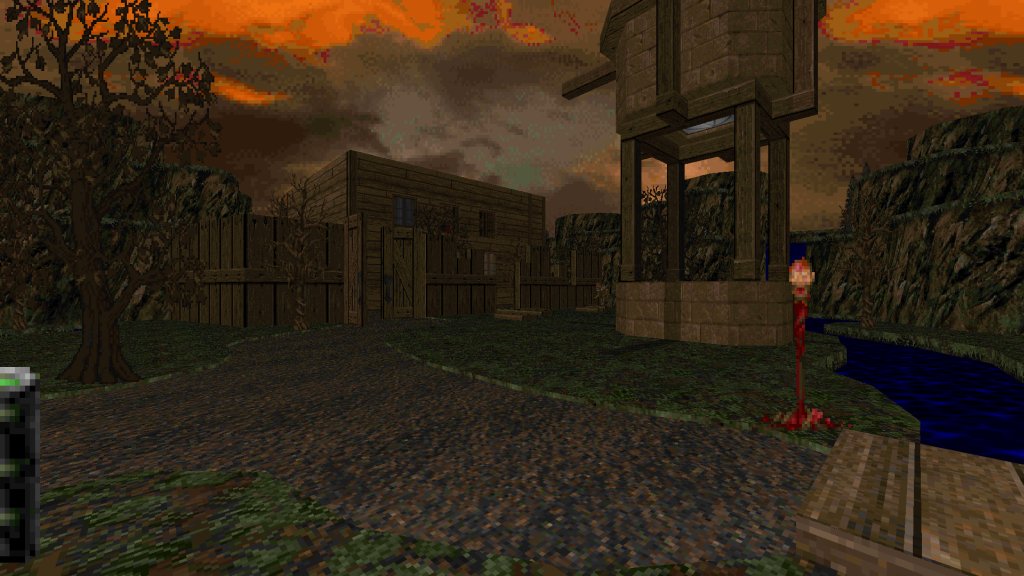 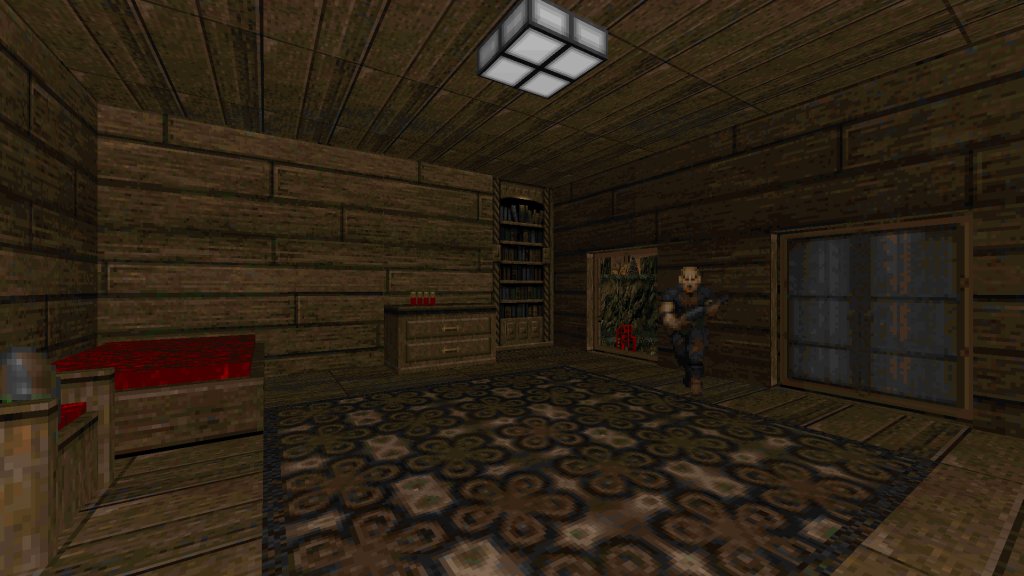 Judging by the title and starting location, we can assume that our hero had recently awoke to find a demon invasion and sets off to do what must be done. This, of course, after blasting an awkwardly placed explosive barrel blocking the door to alert some of the nearby nasties. MAP01 is situated somewhere in the outskirts consisting of two lonely houses and the surrounding nature with a shallow river running through a cave tunnel. Walking out the front door is a good showcase of quality design, including a variety of details such as real world touches to spice up the area. Terrain is formed naturally and made to look expansive to open up the playing field, accompanied with plenty of trees and foliage. The colour scheme does mainly consist of browns and greens, with an orange sky to create an appealing contrast to break up the scenery. 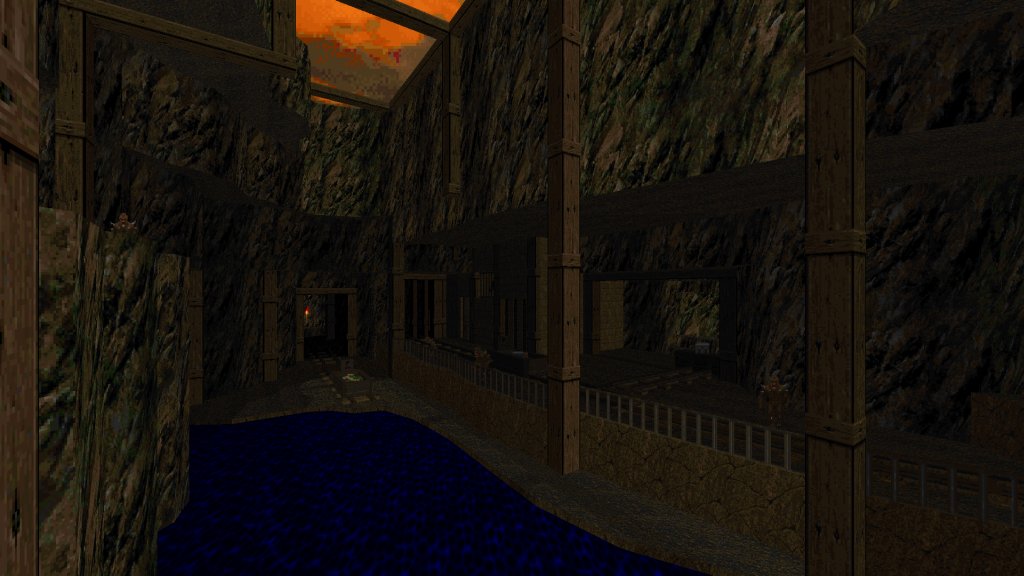 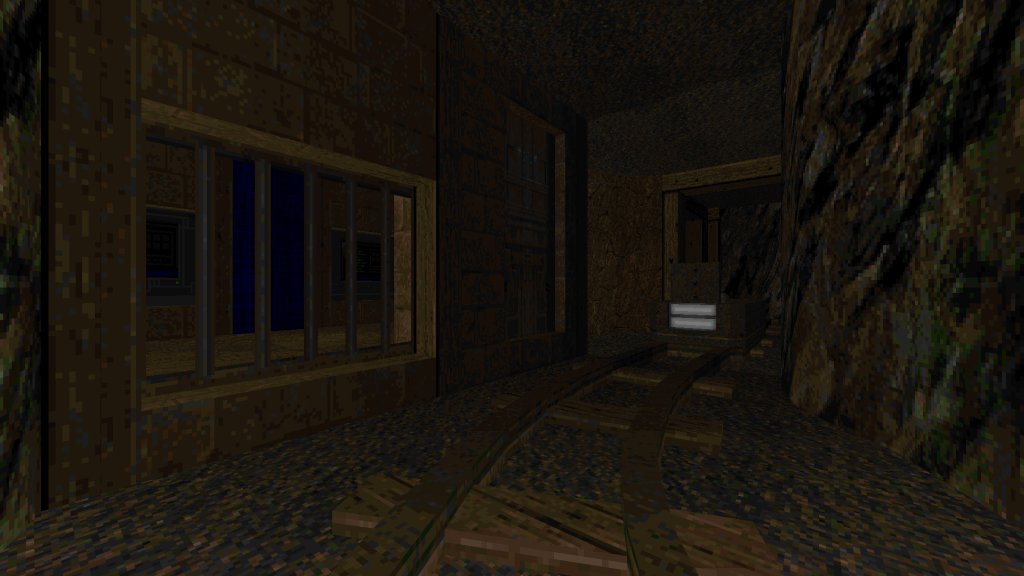 Terrain becomes a more abundant theme here with several dark tunnels, some of which have become waterlogged. The nearby mining outpost suggest this place was vacant once upon a time, but is now home for the beasts which roam within. The environment continues to have a strong design, with height variation throughout the tunnels as they twist and turn. Instances of torches flickering in the darkness offer some nice lighting and the overall visual style works well with the included midi track here. Pushing for an ambush orientated gameplay, Shadowman surprises players by having demons suddenly pop into existence while progressing through the old caves. This didn’t sit too well for me however, as the effect came across as tacky looking. In times like this the chainsaw becomes incredibly useful, especially against those sneaky Sceptres. Elsewhere, an interesting use of the chaingunner in the central hub has him remain a constant nuisance for quite some time, marking it as a danger zone while he protects the area before players get the chance to deal with him for good. 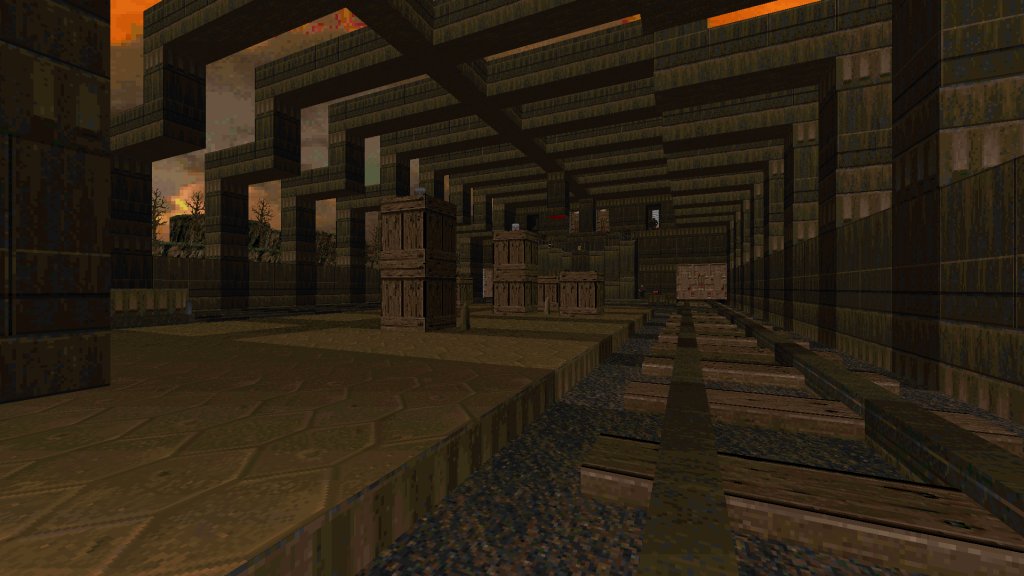 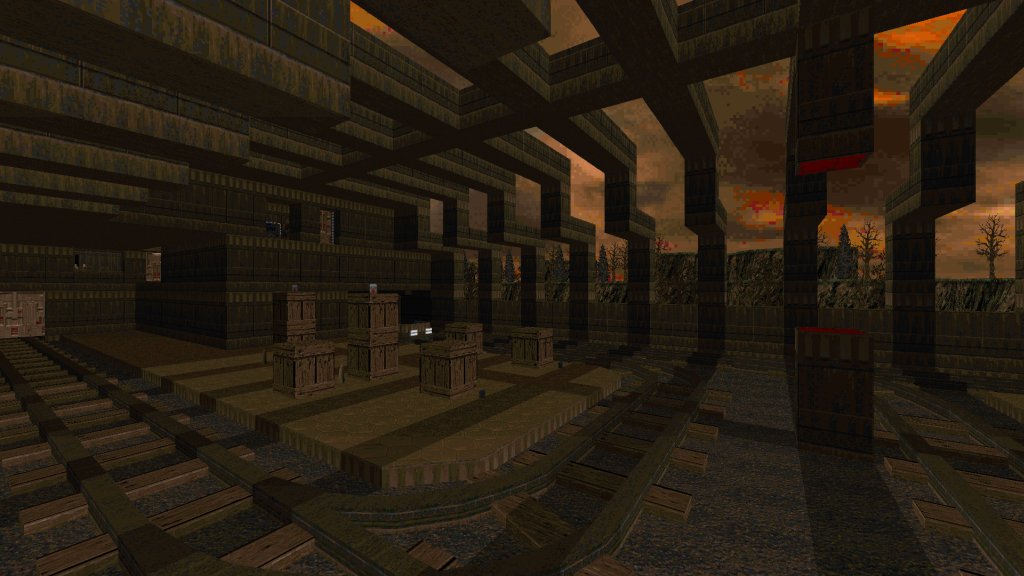 I consider this one the weakest level of the bunch, but not terrible by any means. The overall visuals appear more plain and the gameplay feels a little off when compared to the previous two. While MAP03 looks good enough, it wasn’t as strong and less visually interesting because the main area is one large square with only a single offshoot. Lighting from the skylights and background scenery did help to break up the indoor theme though. The amount of action is raised by a notch by throwing in tougher opponents and an increased use of imps and hitscanners, but there’s no sudden spike in difficulty either. Middle section is a large and open field, with a few crates for cover and high ledges for Revenants to rain down rockets upon the unware. The little platforming run, while a little variety doesn’t hurt, felt a little out of place here in particular. Perhaps instead of random platforms to access the portal, stacked crates might have seemed less odd looking and be consistent with the real world touches from the earlier levels.

Three short levels which are light on the action and offer some detailed environments to roam through. While the third level isn’t as strong as the earlier two, the minisode plays well with gameplay centred around a low number of enemies and limited supplies.