After a professional visit in Port Tyris turned sour, pulling some strings bought you passage aboard a ship. All was not to be plain sailing however, foundered in a storm four days out and dragged to rest in a deep, sinister cavern. You retired early during repairs, only to later awaken to the screams of men. And of something else.

An undead mission, where the ghastly remains of the ship crew members loiter about the upper decks, restlessly waiting to beat the first living soul they come across. Meanwhile below deck, Garrett finds himself stranded and the best course of action is to seek out the Captain of the Inigo and escape together. That however depends on where the old sailor has run off to. The mission begins below deck, inside of the crate Garrett had been previously taking a snooze, while loud creaks and moans echo the tight interior of the ship. Right away there is an authentic atmosphere being captured here and felt as if being there. Upon reaching the upper decks, players will be greeted with a large and moody cave containing two separate ships, the other belonging to pirates once known as the Maelstrom. Thick fog and darkness enshrouds the area, with several contrasting green, orange and red lights scattered about, adding to the eeriness. 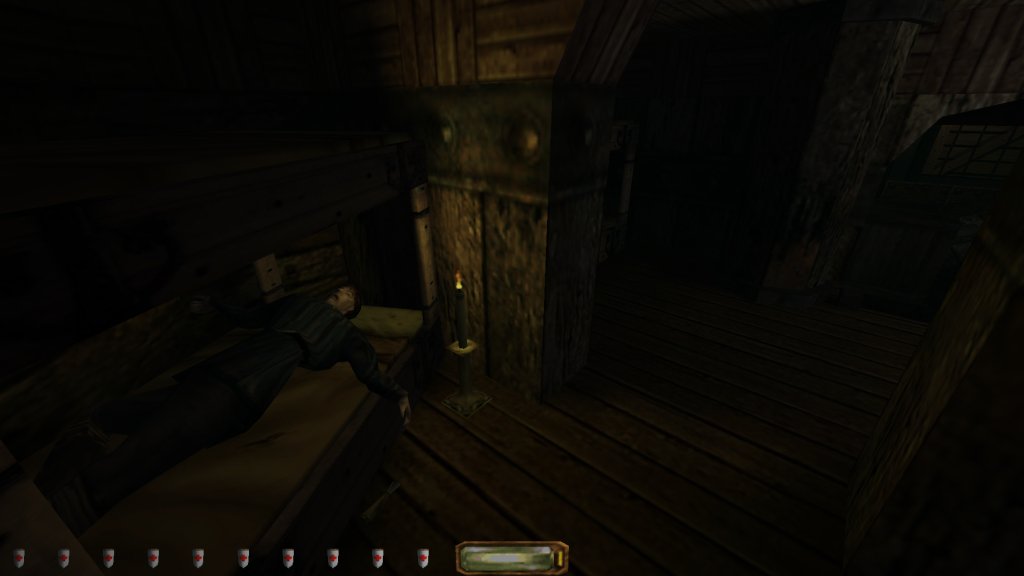 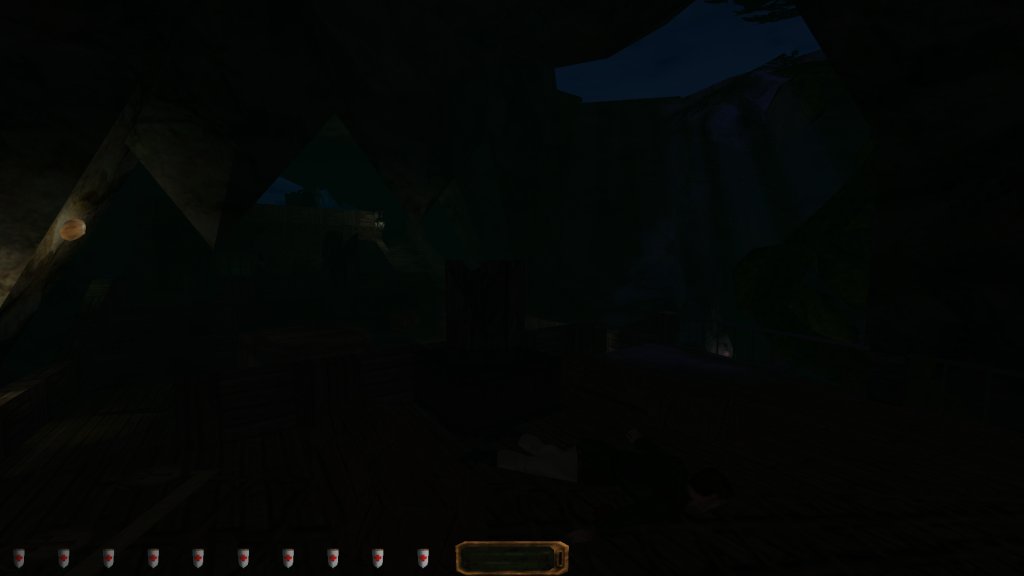 Sneaking around on the ships will require caution, while off the side is relatively safe, making it easier to get around. The Maelstrom’s deck makes use of metal surfaces and more bright spots to increase the challenge of stealth, unless fighting the undead is a more preferable choice. The mission as a whole is fairly small in scale and length, offering simple objectives and a fair amount of exploration for loot and secrets. Readables touch upon past events onboard the Maelstrom and provide an interesting background narrative. Visual quality is generally high, both ships are designed well in their own ways, one remaining intact while the other is in disrepair. Personally liked the mages quarters for being well decorated and good use of space despite the size. It also gives off a different presence compared to other places. Another neat detail includes the bubbles escaping chests submerged underwater when opened. In terms of faults, the only problem I had was locating the area to complete the mission.

Short, atmospheric mission centred around two ships within an eerie cave, while a crew of undead roam restlessly. It is well designed and structured, offering simple objectives and some exploration.