Dr.Magnusson has been conducting a personal project in an old observatory. After an unfortunate outbreak of zombieitis the lab had to be quickly evacuated. You must go in and wreck up the place before it falls into the wrong hands!

Upon loading up the map and getting a good view of the observatory, it is a sight to behold and a sure sign that what is in store for me will be a good ride. Whoopservatory is a small map which brings forward an original mechanic which will be used for a bit of puzzle solving with some fighting on the side. Either part of the gameplay is balanced out at first but eventually leans on combat against the Combine during the remaining half. Pacing starts off well from the get go, setting up the scene well, guiding you through the level naturally and teaching you how the mechanics behind the puzzle works before expecting you to solve it. The lighting helps to direct the players’ vision, constantly pointing them onto the right path without overdoing it, which is always nice to see. Examples of this include the starting point with car headlights indicating that there is a footpath nearby, or upon reaching the ground floor for the first time where the lighting is literally directing your focus onto the chalkboard to ensure that you read it on arrival. There is also some minor action provided upon gaining entry against some zombies, but this seems to be a standard procedure with abandoned buildings and barely poses a threat against your trusty crowbar. Though considering the storyline, I had expected to see more of them roaming around. 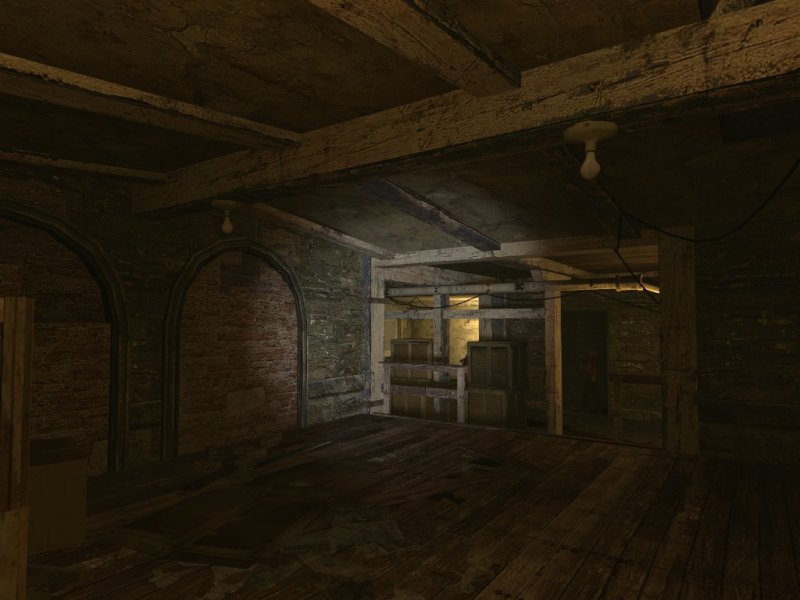 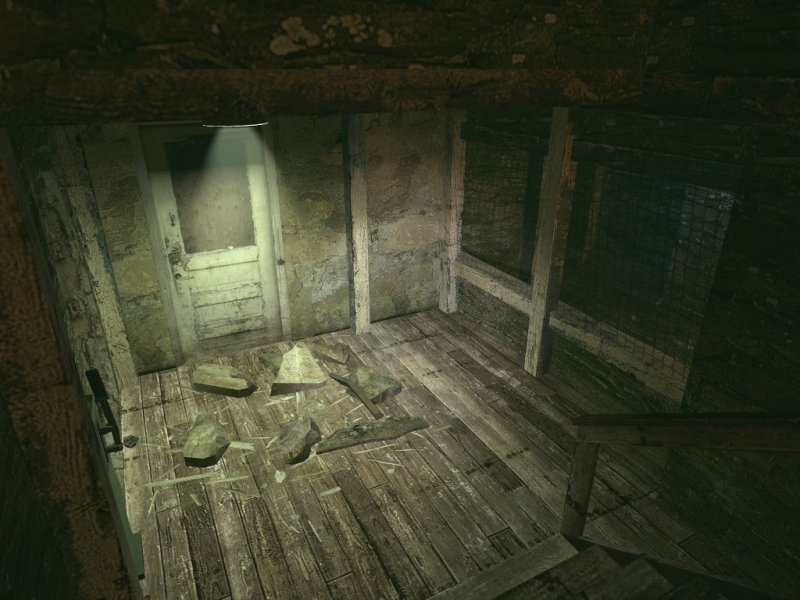 As for the puzzle element, it’s an interesting mechanic but since there isn’t much of it being utilised throughout the map, completing it without difficulty shouldn’t be a problem. Best way to imagine it is like playing coop, except with yourself. This works by entering a machine, which gives you seven seconds to perform some actions with a clone. This creates a ball of electricity which will following the same path you walked in a continous loop and the objective with this is to power the panels found on the floor, which in turn activates doors and switches. While the ball of electricity moves, you take the opportunity to perform you own actions in order to progress. Exploring this concept further to create more puzzles would have definitely been good to see, but instead we get a nicely rounded off second half fighting against combine soldiers infiltrating the building, presented well with little scripted sequences such as dropships flying by and manhacks smashing through windows to really increase the tension. 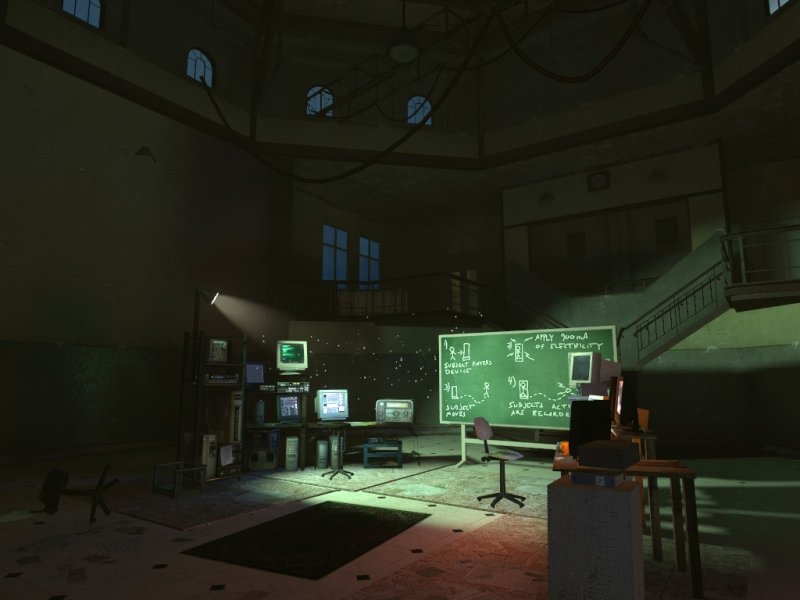 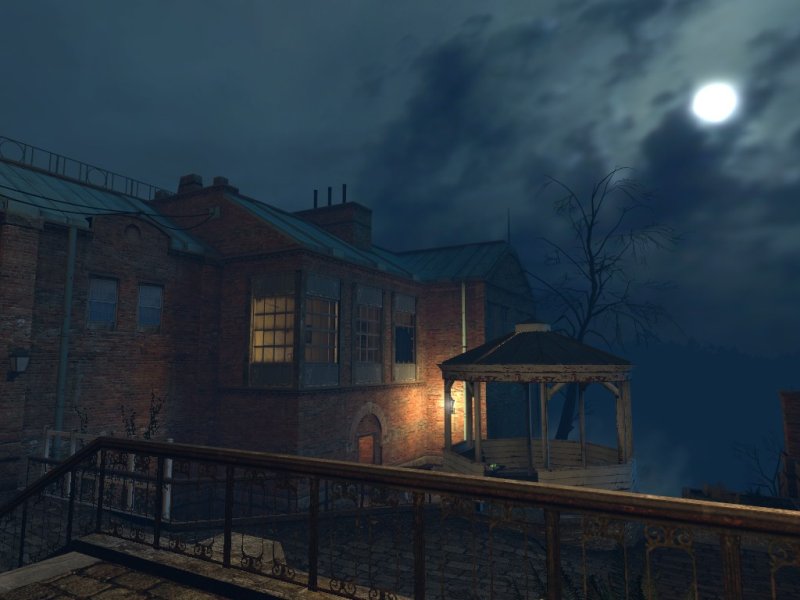 There is much to be mentioned about the excellent design and it is something I would love to see more often in future HL2 releases. The map is generally structured well, offers plenty of detail and has great texturing to match. What we have here is an environment I felt as if I were really there. The cold evening chill against my face in the outdoors or breathing in the dusty air down in the basements. It’s the attention to detail that does this and the combination of each aspect of design. Wooden beams are used often across ceilings and in the corners of rooms which make the basement areas appear as one, including the amount of wiring running between all the electrical equipment. Much of the mapping work is presented well, leaning onto using more geometry instead of cluttering a room full of crates and barrels. Good texturing and alignment helps considering the amount of wood you’ll find in the lower areas for frames and stairways. However the lighting is an aspect I found myself pleased with the most for a number of reasons, one of which I mentioned earlier. Each significant part of a room is lit up well enough that I didn’t have to rely on the flashlight all the time other than for exploration, so it doesn’t get in the way during battle. It’s also has use of different colours like warm oranges or a sickly green to help contribute toward the atmosphere of each segment of the building.

Despite the new puzzle mechanic not being utilised as much as it could have, the map is presented well as a whole with excellent design and lighting which feels like you’re really there.