Somewhere Above the City 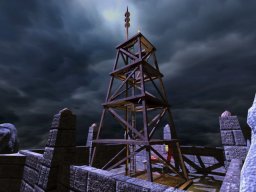 Introduction
The Builders have asked you to retrieve a relic they have ‘lost’ and bring it back as soon as possible. This object has the special property to attract lightning to its location, therefore a powerful tool in the wrong hands. You must travel through the mines to reach the abandoned Rowntree clocktower where the relic is being kept.

Review
Despite that half of the mission takes place underground and possibly gives off the idea that it’ll be a claustrophobic journey, there is still plenty of vertical aspects to be found here. Where this vertical gameplay actually comes from however is the progression between areas as you navigate through a series of mines to find a way to infiltrate the old clock tower. It is inside of this very tower where the exiled priest currently resides and holds the ‘lost’ relic. This has been placed at the highest point of the building which must climbed in order to obtain it, where you will find yourself, quite literally, somewhere above the city. As a result the mission will include several opportunities to climb and some instances of descent in order to locate the next path that will allow you to proceed onwards. The elevation between levels has been done quite well by using some variety through the execution, whether it will be climbing down a broken down lift shaft, dropping into a pool of water collected over time or the more simpler method by using the ladders provided. This really helps to give the location more dimension and it meets the target with the intended style of gameplay in mind. However a problem does come up here. There is very little threat to be found in these mines, besides from the obvious risk from a high fall or the few spiders that lurk in one area, which as a consequence makes the level feel a little lifeless before getting out of these tunnels. 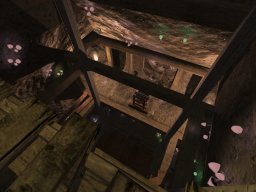 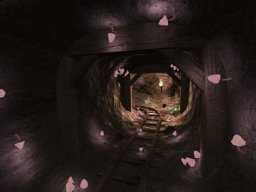 What this half offers well instead is aspect of exploration, with many optional side paths to location lost valuables and potential loot, usually next to the skeleton remains of their previous owner. Readable material can also be found around here which will explain the current events regarding the relic and the priest in a little more detail, including some information the exiled Builder priest’s current goals and the findings in his recent experiments. What helps make the exploration work without appealing like a bunch of dull dirt tunnels with tracks running through is through the use of colour contrast. Throughout the mines along the path and embedded in the walls lay various mushrooms which poke out from the dirt to add some needed colour and contrast against all the brown and even creates a somewhat mystical tone around the place. If only to help the mines look less generic and appear more distinctive. Eventually you’ll reach the base of the tower where you will want to locate somewhere which grants access to the top, however this is admittedly a rather bland portion of the mission despite being one of the few actual moments you will come across to use stealth. This is because the area is essentially two patrolled corridors with several dark rooms off to the side where you can grab loot. The lightning strikes here add a great touch to the overall atmosphere here, so it would have been a good idea to have made it feel part of the gameplay, as you lie in wait for the lightning to strike to pass by before sneaking past a window, all while a guard keeps a constant watch down the hallway. The top of the tower does however treats you to a good visual reward, whether it’s the cog work for the large clock faces or the view from above while climbing to the peak of the level. 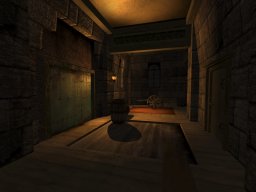 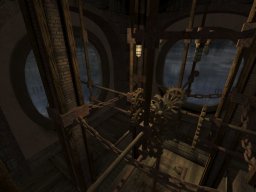 Conclusion
Despite one half being set within the mines, the mission does well at maintaining some vertical gameplay but lacks any challenge in the stealth department. Visuals are nice with distinctive colourful mushrooms in the mines and the upper areas of the clock tower.