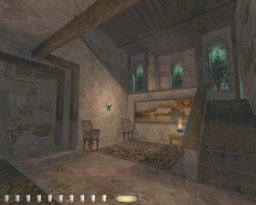 Introduction
I have been having dreams lately. Disturbing dreams. Three years ago I did a job on Christmas night at an estate called Snowever, located near a lighthouse. The job ended badly. In addition to not finding the gem, I caused Brian McHarty, the lighthosue keeper to fall to his death. Lately, in my dreams, I have been haunted by McHarty’s ghost. He wants something from me. I think it is revenge.

Review
The initial part of the experience involves you trying to solve the mystery behind the murder and playing detective. But for those who like searching for long lost valuable artifacts, there is an optional objective available to locate a hidden gem. What you will be looking for instead though is various clues and objects scattered around the manor to help come to a conclusive point in the story, each piece having a different purpose whether to point you into a certain direction or an object to progress onwards. Inside the room you have been given as a temporary hideout is a chest waiting to be filled with all the evidence that you come across. Before it is even possible to get that far yet, certain rooms are locked which need to be accessed and keys aren’t the only things that will suffice. Readables give a fair amount of aid by providing plenty of hints as to what can be done and where things can be found. As a result the mission consists of running around and backtracking between areas often while exploring with a keen eye for vital objects and loot. The layout does take some getting used to with the amount of rooms and corridors there are, which is where the map comes in handy, clearly labeled and easy to follow when trying to get to specific places. This side of the gameplay almost flows like a survival horror in ways, which I tend to enjoy myself, only without the horror theme being emphasised besides from the paranormal tones that take place. 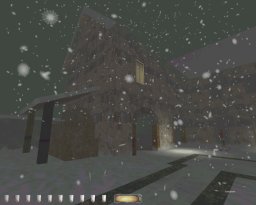 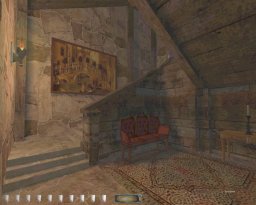 You won’t be alone here however since the Hammerites also reside in the manor, patrolling its many halls and standing strong in numbers. Despite the tight squeeze throughout the manor, there are plenty of spare rooms and dark corners to hide away for them to pass unbeknownst. Of course some patience will be an important part if you don’t want to be seen, especially because of the limited space it isn’t easy to know what’s coming around the next corner and whether you can react in time. This is also mostly due to the manor being lit up well. Gas lamps that are usually found on small tables can be turned off to your advantage, but not all of them will yield good results and it’s worth experimenting to find out. There are still plenty of safe areas, especially those that are significant to the story progression. As a whole though, the Hammerites aren’t too much of a problem since they leave plenty of time between their stops and many of them take fairly long routes. It’s refreshing to see that the manor isn’t too richly decorated overall, instead going for that warm and homely feeling with a lot of small, but good sized rooms. The design isn’t too extravagant and neither needs to be, the simplicity through shape and colour choice blend together well and things like the wooden trim and beams add plenty of detail on their own. There is some variety here and there for locations though, if only to add some spice to the visuals such as the crypts and attic. Both locations actually have a creepy feel going for them but done differently in each one. The stairways down into the crypts are darkly lit with orange lighting in the alcoves where skulls are put on display, almost welcoming you to its depths. The attic however looks cold, covered in dust and cobwebs. The only thing missing here are creeky floorboards. This cold look is also often used throughout the manor in some of the darker areas and looks great near windows where moonlight shines through. 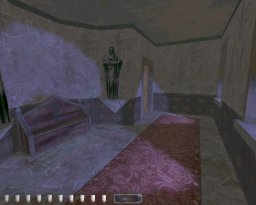 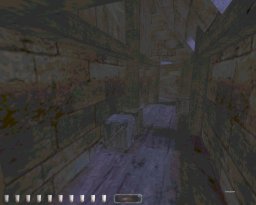 Considering that you’re helping out a ghost to find his murderer, it should be expected that the mission will consist of some other parnormal activity, no matter how minor it may appear. This can include things like doors opening or lamps lighting up on their own accord after triggering an event by placing the required object. Other ghosts also loiter in dark places as if the past in slipping through into the present and this is a regular occurance throughout the progression with rooms changing from past to present and vice versa. This only makes the place seem more haunting despite having the Hammerites walking around nearby. The ambient music adds a lot to the feeling they give each areas, especially the lighthouse keeper’s quarters which sounds like something you would expect from a slasher movie. Another change to the mood comes from the use of sound replacements for the general interactions like grabbing loot or opening doors. Footsteps are also included, but they seem disorientating in a way, especially walking upon wooden floors as it sounds like a nearby patrol coming through the area. It does increase the tension but also distracting at the same time before you get used to it and not really a neccessary change needed to be made. The other sounds do work however and didn’t create any issues for me.

Conclusion
Involves you playing detective, where a lot of exploration and backtracking between areas is required to find the necessary objects to progress onwards and pieces of evidence to conclude the mystery of McHarty’s murder.

One thought on “The Last Lighthouse Keeper”