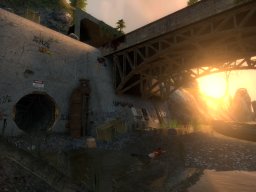 Introduction
Call In takes place a few hours after the citadel was destroyed by Gordon Freeman. You take the role of a rebel soldier on a mission to retrieve information regarding the super portal to aid in the building of Dr. Magnusson’s rocket.

Review
For quite some time the mod has you being lead from one area to the next, progressing onwards between several places while not actually doing much, besides from walking and the occasional skirmish against Combine and zombies, before arriving at the Combine outpost. You’ll travel through a variety of locations from the outdoors, underground and eventually the base itself. Progression as a whole is very linear and there’s really not much in the way of exploration, soley focusing on the task at hand. Considering the storyline however, your objective is pretty vital for the rebels with little time to spare so it fits, but as a result it can be a little lifeless. During certain parts of the mission you will receive radio communication, though because of the lack of new voice acting, text has been used as an alternative. These seem unnecessary either way and state the obvious most of the time rather than adding anything besides breaking up the gameplay with a bit of reading. Visually the outdoors and terrain in general is pleasing to the eye and look natural from the hillsides to the coastline and even a short rocky shaft near the start. There is a nice atmosphere as you walk along the shallow river toward the ocean with birds chirping away and the sun shining low. Interiors too have plenty of solid locations and ensure they feel different depending where you are such as a small sewer segment or some old, disused facility. Unfortunately there are a few areas that appear average, mostly a simple room filled with models and not offering much of a purpose more so toward the start. 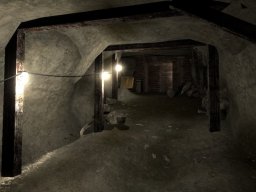 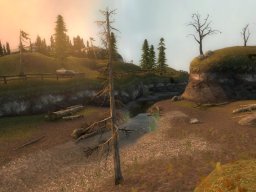 Around the halfway point upon entering the base is when things will begin to pick up, providing bigger fights and a little finale upon finding the data against some Hunters. This fight takes place within a tight room and can provide some challenge using the limited amount of cover around. The difficulty usually comes from the little amount of health around except from what the Combine drop. The combine base itself is a refreshing change of scenery and the author approaches this theme differently to what has been seen throughout the series, by having a tightly packed interior full of wide rooms and corridors with a low ceiling. Most of the journey here will involve crawling through the innards of the base, past all the mechanics and wiring as you dig deeper for that information. There were some problems during the experience in this part specifically. There is a puzzle that requires a grenade to be thrown through a gap which became frustrating due to the game’s unreliable physics and the restock crate is in an awkward spot. Another problem I had took place during the Hunter battle where I decided to jump over a metal barrier for better protection and seemed like a viable thing to do. After the fight was over, I soon realised I couldn’t climb back out. Escaping the base is probably my favourite aspect of the mod, as you run away into the night looking for safety as the Combine try to stop you. Upon reaching the air boat, the music stops and surroundings become silent while a scanner searches the area nearby. Night time visuals are also another achieved look, the lighting uses a dark blue hue instead of solid black shadows and looks just as good as the daylight scenery. 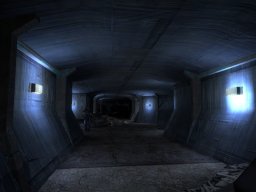 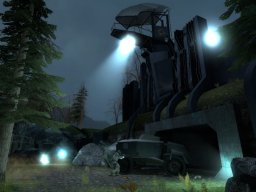 Conclusion
Linear mod with a slow and lifeless start in terms of gameplay, which picks up halfway upon reaching the Combine base. The mod has some good visuals and the outdoor sections seem to be his strong point, Ludvig shows promise for future releases.