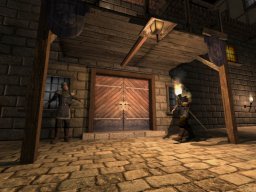 Introduction
The alarm had sounded during a recent heist at Captain Knighton’s manor but I managed to escape just in time and hid out at my fence, Lark Butternose. I went out to spend some of the spoils, but when I came back, the shop had been raided and everything confiscated by the City Watch. Turns out Captain Knighton has sworn to apprehend and execute everyone involved in the heist, and have taken Lark over to the Old Town Jail for questioning. We should both go our seperate ways, but not before breaking him out of there. I owe him that much.

Review
You start just outside of The Old Town Jail and will then need to find your way inside the building. This can be a little tricky at first as there appears to be only two possible routes inside from the front entrance. The problem here lies in that one of the windows you can enter through is actually shrouded in darkness which can be difficult to see and almost seems like nothing important, especially when compared to the other open window nearby. The Old Town Jail is a small building where a lot of guards will patrol the interior, moving around often through the halls and between rooms. There is even one guard who seems to be having a bladder problem as he makes regular visits to the nearest loo. This tight gameplay will allow for little room to sneak around in and forces you to keep on your toes at all times, since the chances in getting caught while roaming one of the hallways is high, but not impossible by any means. There is a good balance between light and shadow giving you enough hiding spots including some areas of risk such as the evidence room door because of the electrical lighting directly above. 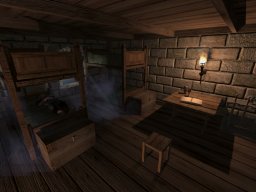 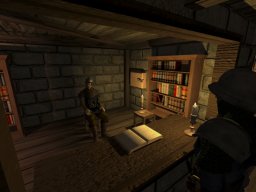 The mission has an interesting aspect in allowing the player to make choices in how they approach a situation with much more freedom. You can buy lock picks during the equipment screen at the beginning to make your life easier or have a challenge and locate them somewhere within the building. Many doors can be lock picked as a result, so obviously buying them at the start makes it easier to explore, but keys can also be found to save you the risk in having a guard breathing down your neck when in the brighter areas. To round things off, an optional objective can also be attempted by having a keen sense for exploration and yet another nice element to the mission to spice things up a bit with a little dosage of puzzle solving to boot. Design works for what it presents but nothing really stands out, creating what one could expect of an old town jail. The top floors are richly decorated and suited for the more smarter folk with an office area and lounge, while the lower quarters for guards are more simplistic with stone walls and small rooms. The cell block has especially been made to look dank and dreary, littered with tight cell blocks and an arched ceiling for the main corridor. 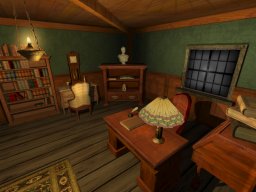 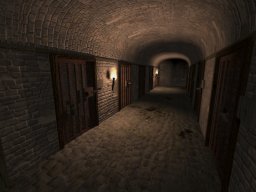 Conclusion
The mission is fairly short with a good balance between light and shadow, while allowing for some tight gameplay.