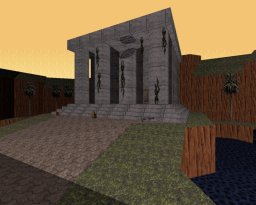 Introduction
During his journey, Duke accidentally discovers the remains of an ancient advanced civilisation. When he enters into the depths of the temple in hopes for treature, he soon finds out that the aliens have gotten here first. Duke isn’t going to sit around while they get their hands on the gold.

Review
Elements is a relatively short and simple map, but a decent first release going in the right direction. The map tackles a classic style of design using a mix of temple and canyon theme where you’ll find yourself given the choice between two portals that lead into different parts of the map, both of which need to be completed to unlock the next set of doors here, but otherwise the progression is linear while having an adventurous feel to gameplay. The two sections are divided into their own themes, a water temple and fire temple. The water area involves a lot of diving for buttons and fighting enemies there, while lava is more about avoiding the hazard. The inclusion of boots and scuba gear kind of break this though. 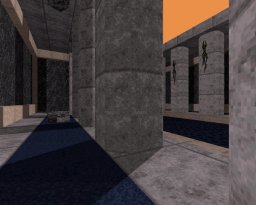 Most of the time you’ll be pushing switches to gain access to the next area while other times include a bit of jumping and traps to avoid. The use of doors opening one by one revealing enemies was a nice touch too. Action is on the easy side with more than enough ammo and health around to get by with very little risk. Some tougher fights would have been welcome in later spots for both segments. Construction is average while portraying the locations quite well with a decent use of textures and some strong shadows. The temple has some deterioration taking place with several broken parts of the scenery from pillars and the ceilings scattered about. There are some texture alignment issues and additional polish could have been taken, but the simplicity of design works and appealing. 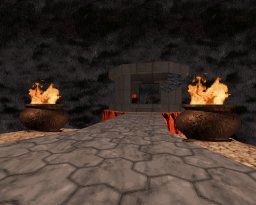 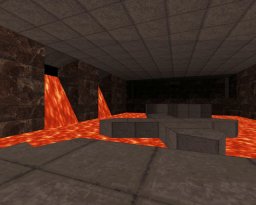 Conclusion
For a first release the level is decent, the gameplay is simplistic and easy to get through while playing on the two temple themes. The design remains average throughout and presents the locations well enough, even with a limited choice of temple suitable textures.