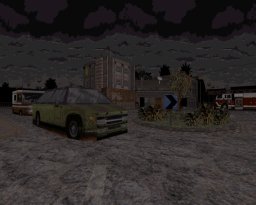 Introduction
The level takes place between the author’s previous releases, Happy Hangover and Bottles to the Ground. Duke will once again find himself exploring yet another city level to go about doing his usual daily routine to find keycards, push switches and kick some alien ass.


Review
Making another return to the mapping scene, Aymeric gives us a new map which follows a theme he is most familiar with. The level takes place within a small city location split into two separate sections on either side and can be accessed at any time. Those who have played through most of the author’s maps will notice the distinctive style present here by the diverse use of texture combinations and sprite work to really give the map an edge of variety. Each building structure stands out on its own and feels a part of the city and distant silhouettes help make the playing field feel bigger than it really is. The bridge over the river for example is a nice touch and looks great from a distance. The use of blocked routes is done well by a nice touch of fences and vehicles to make it obvious you cannot proceed in that direction. Detail is everywhere, another trait of his style and the lighting effects look neat and done well by casting shadows from architecture and sprite work as you would expect. There is even a lot of those smaller details like wiring, plumbing and items found on shelves. One major improvement to note here is how much more consistent and refined his mapping style has become and shows that off here really well. 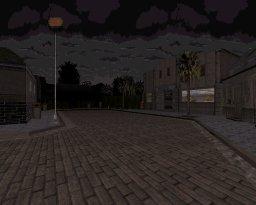 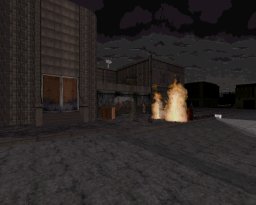 The action starts out pretty moderate by throwing in small groups of enemies against you at a time, while occasionally spawning in more to take care of later. The difficulty will pick up overtime, providing tougher enemies and even getting intense during the Battlelord fights. The general task is a mix between a keycard and button hunt, both as a means to progress ahead and uses a non-linear approach by giving you some choice in where to go first. During my first session, I went to the other side of town and it wasn’t obvious what the buttons I found were supposed to do. These buttons didn’t make sense being where they were as it appeared they should have unlocked a nearby door instead. A different texture or design might have been better, perhaps the locks and door using an alien design to really stand out as more obvious. The few view screens around provide useful hints to point you in the right direction, but the level can be too dark in many areas making it difficult to find things. This works fine in one of the houses forcing you to use the night vision goggles but some vital spots, like the library and a yellow keycard locked building, are shrouded in darkness and appear to be static buildings with no purpose. Cramped areas can be a little bit of a problem too and I especially didn’t like that dirty Newbeast attack on me toward the end, giving me little chance to react and receiving a quick death instead. 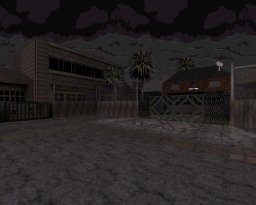 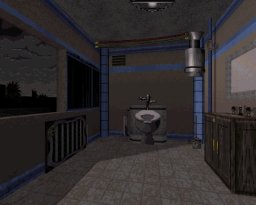 Conclusion
Another neat little romp through a detailed and varied city map with a mix of keycard and button hunting, where action gets more intense the further you progress.