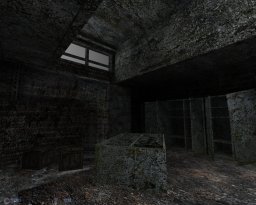 Introduction
An abandoned station with a large radar was discovered one night ago, but access wasn’t possible. On a cold and misty day, you’ve decided to try once more, managing to enter through a rusty door into a garage. Suddenly, the flashlights start to darken and you soon start to lose consciousness. Later as you Wake up, you come to find the door is gone along with your flashlights. The room is also different than the one you’ve entered through. There is a burning sensation going through your limbs and movement seems difficult, but you stand up anyway to try and solve this mystery.

Review
I never thought it could be possible to create a truly creepy experience within Sven Coop, or cooperative in general, as the presence of another player could potentially remove any factors of fear and vulnerability. And how surprised I was when playing through Mystic Radar with my own thought being thrown right out of the window and glady proven wrong. RNG manages to create a scary atmosphere through the mix between visuals and almost weaponless gameplay. The level takes place within an industrial station using a familiar rustic texturing scheme like a blend between STALKER and Silent Hill, while at the same time ensuring an essence of its own. There is a good construction as a whole where each room has plenty of shape and height variation, and the right amount of details from shelving and pipes to large machines that were once possibly running, which adds a lot to the depth throughout the level. The debris and general appeal of things left scattered about gives the impression of abandonment really well, including the use of detail textures which add so much, compared to without. 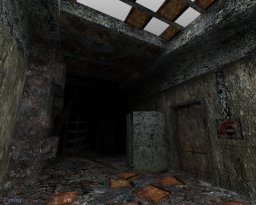 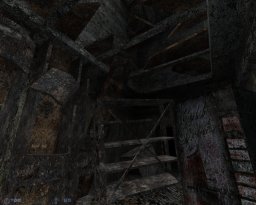 An effective use of dark fog and the lack of flashlights ensures the players will have a hard time seeing what is ahead unless they were to move forward. And this is further enhanced by the slow movement speed, making a haste retreat much more difficult. Despite being visually impressive as a whole, there were some visible seams in the new textures and some stretched detail textures which stood out up close while less bothersome from a distance. Use of sound is especially chilling with a soft ambience that soon becomes more chaotic with metallic rattling, to the disturbing moans and cries from the enemies as they make strange gurgles and wheezing noises. 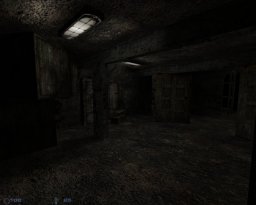 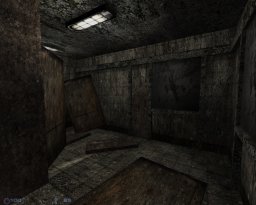 Teamwork is required to progress through the map or help make certain tasks easier for each other. There will be times you will find yourself alone and have a different experience of events depending on which assignment you have been given. It was fun to see a creature sneak up on a friend and revealing this to them. Neither of us wanted to stray too far from each other, unsure what will happen next. The author really achieved the horror element here very well and I wouldn’t recommend playing with anymore than one other person as the mood may be ruined. Unfortunately, the level is short and I would have loved to see more like this. Even as a singleplayer level for either HL or HL2, as the style, setting and visuals are worth exploring further.

Conclusion
Short horror level that manages to achieve a chilling and creepy atmosphere in a cooperative level by good use of visuals, sound and vulnerable gameplay.