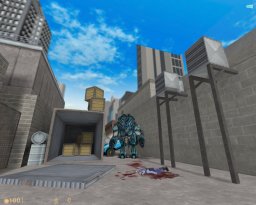 Introduction
What happens if you were to ignore the events that took place in the sequels to Half Life as if they never happened? What happens if Freeman was never put into a long stasis at the end of the game, only to return to Black Mesa once more, to witness the events that take place after his long slumber? One answer to those questions is explored in this ten level journey, where Freeman’s fate has been reversed.

Review
The mod starts off with a short camera sequence, flying through a small part of the Black Mesa facility, showing off some dead bodies, a bit of blood, while explaining some background information prior to Freeman teleporting into a corridor. This very scene could have started off by showing what happens, rather than telling it, might have made it a little more interesting. When you finally take control of Freeman, you’re unarmed. But never fear, the crowbar is conveniently a few steps away. The combat throughout each level is pretty standard, but I couldn’t help feel it was a little dull. Part of that might be my own bias however, since I’ve been finding the general combat in the Half Life series lacking in terms of fun lately. There is a nice change from having the usual headcrab waiting to jump for you in a ventilation shaft, time and time again. This mod seemed to avoid that. There were very little headcrabs surprisingly, mostly resorting to alien slaves and human grunts. There was never a problem in the ammo department, plenty around and stuff to pick from dead soldiers. On the other hand, you got a majority of you health and armour from the supply units, the first being quite a distance away, but nothing too troublesome. 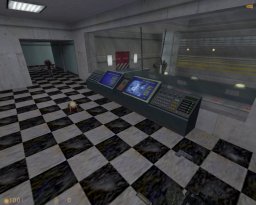 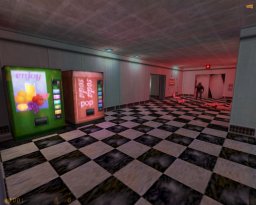 The general gameplay doesn’t really involve much, which consists of you running from area to area to find switches to push or a vent you can access to get to new locations. There are four specific sections, starting from Black Mesa, then a city, some military base and a space fortress, each one designed to fit it’s specific theme and has that clean style that Mikko uses from his Duke levels. The overall design is decent with some neat looking areas, which follows through with a simplistic, Valve-like presentation. But the quality does unfortunately suffer some problems from time to time. There are a few minor issues present such as, a lack of door lip causing z-fighting during the early stages, an elevator interior with no switch to indicate how it would be used and a swing door that would clip through the wall. With those aside, many of the rooms that you’ll access will look either empty or the walls are too flat making them feel boxy. Several corridors or large rooms with little in the way of interesting visuals and rely too much on simple objects as detail. And then you come across better locations. The city location is possibly one of those sections, both during day and night. And while the space fortress is a neat finale with a fitting choice of textures, the initial gameplay at hand is very lacking and anti-climatic, where all you do is push a switch here, a switch there, add a few more and polish it off with a tiny fight at the end. 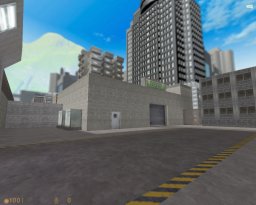 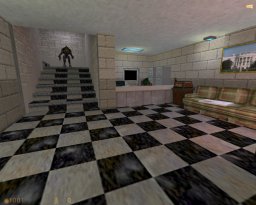 Conclusion
The quality suffers here and there in terms gameplay and design, but there are some good looking areas and the experience is decent, if a little dull at times.