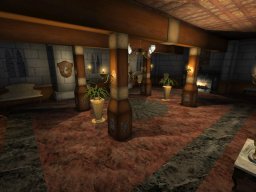 Introduction
Not heard from Sam since I turned down the Edridge job as too risky. Now I’m low on funds and have no choice. A gem called the Heart of Lone Salvation which they say brings good luck – but only once. Sounds foolish but who cares? Worth a fortune on the thieves’ market if I can get inside Edridge Hall – and Lord Edridge is very wealthy. Sam knew him from the old days as a common lifter who made good when he found the Heart. It’s a beautiful night – dank, cold; fog’s rolling in; maybe Edridge’s luck is about to run out.

Gameplay
I haven’t played TDM for a short while, and with the release of v1.01 not long ago, I decided to jump back in with this one. Putting aside some of my problems with the AI, I rather enjoyed almost every moment of this mission, taking it slow and thoroughly searching every room I came across. There are a couple of alternate routes, some scenarios to use item manipulation and a lot of secrets. 13 of them! There’s plenty of space for you to move around, places to hide such as the shelving units and enough dark corners to scurry into. Even in those long corridors that appear to be well lit. I didn’t have too much trouble, enough to complete the optional ghosting objective and only twice I needed to use a water arrow to grab loot. The corridors however on the lower floor was shaped like a big, long square, which made the initial sneaking too similar on all sides; some variation in shape would have really spiced up the stealth when turning those corners. Despite this, the gameplay remains interesting, reading up on the various notes you come across and learning some dirty secrets going on in the manor. The additional quests you receive as you progress deeper keeps the immersion lasting that much more and the nifty mechanics shown when stealing the Heart has some promise for what furture releases may bring to us. 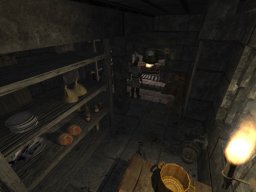 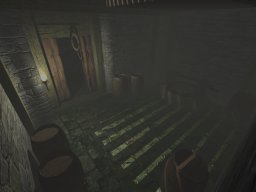 Design
The visuals are mostly mixed throughout the mission while using a simplistic approach to architecture. The lower areas of the manor represent the servant quarters quite nicely with the dirtier brickwork and darker lighting. The upper floor, however, consists of richly furnished and more colourful rooms with brighter lighting. Though there are some problems with the texturing. The mission mostly uses that large grey brick texture as the basic layer for the manor, but this got very repetitive and rather dull after a short while. The main hall itself is possibly the weakest room of the whole mission because of this. It’s very large but rather bare. There are some really good looking places however such as; the grand looking bathing suite adjacent to the Lady’s room; the area to steal the Heart, mixing nature with the indoors, adding a bizarre tone; the cellar with some neat choices for lighting; and the damp, foggy streets you start at creating a first impressing atmosphere. 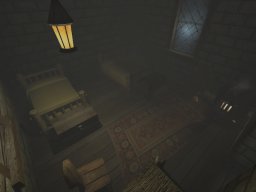 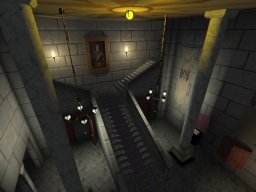 Conclusion
The mission is immersive with a lot to do and plenty of secrets to look out for, but the visuals are rather mixed from good looking areas to average texturing.