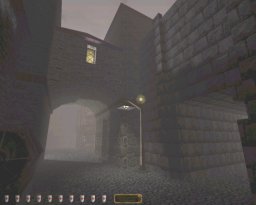 Introduction
Released for the Vertical Contest, Garrett’s parser requires him to break into Lady Mossy’s manor in South Quarter, to locate and steal the family scepter. And it is required to find the thing whole, not just a jewel of it. The task does sound really simple and shouldn’t take long. His parser also showed him the location of a storehouse with some equipment, and should start there.

Gameplay
This mission will probably be a mixed bag for a lot of people and I can definitely see the reasons why, which I’ll start off by addressing. From the beginning of the mission is where the first of the problems lie, as you’ll climb out of the starting building and be presented with a ton of locked doors with no clear way in opening them. The lock picks don’t work, you search around hopelessly and even climb on top of a roof and find you’re completely stuck and not even five minutes have passed by yet. The second would be some of the small bugs you’ll come across and the lack of polishing. All the locked doors seem to be missing their usual sounds, though I did like the unlocking tone which sounds like a ‘congratulations, you progressed!’. There are also other doors which are locked and should never be opened, but some keys and even mines allow them to revealing a wall behind them. 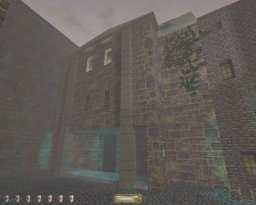 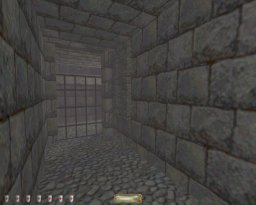 Otherwise with some perseverance, you’ll be rolling onwards once you discover the path ahead. Along with the usual loot goal, you are required to find a scepter in Lady Mossy’s manor. Not just one piece of it though, the whole thing, scepter and gem. The mission is pretty simple to take on (considering you got passed the beginning) and all the keys are labelled, most of them remind you where you found them while another two point to a specific area. Some rooms don’t have much to offer inside them but have visual significance later during the mission. There’s only a few readables that tell a small amount of story, while the rest of the plot can be picked up from exploration and a little bit of imagination. The twist in the mission later really helps. 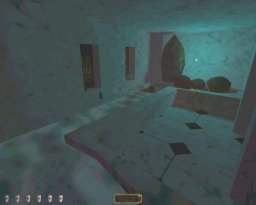 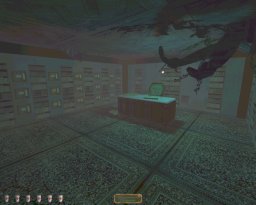 Design
The mission doesn’t exactly look very impressive as a whole, with many simplistic structures and texturing throughout. Each area does clearly represent what they are supposed to be and some do look nice, but the streets feel a little empty. The level also uses some fog which does help add some atmosphere to the streets, however it seemed very buggy in certain areas and actually caused some ugliness when it did so. This is probably from a lack of polishing. There are various paintings of nude females found throughout the manor on all three floors, with the occassional clothed ones. These are tasteful however and don’t exactly present anything explicitly sexual in tone. In fact, they seem very fitting considering Lady Mossy is a pagan living in the city, the paintings represent the naturalness of nudity and some others represent innocence. The pagan influences in the mansion were pretty neat, from the crystals acting as a light source or the large tree growing within the house itself. Even the bathroom was funny to look at. 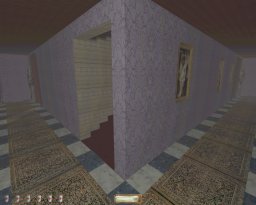 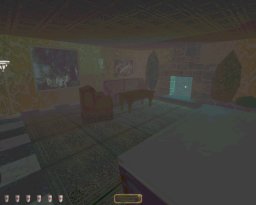 Conclusion
Although the start may be fustrating, it’s an enjoyable mission once you get rolling. Design is simplistic, but what the mission lacks in design it does make up for in gameplay.