Introduction
Decided to give this one a re-review, since I finally reinstalled the games and wish to replay through some levels. This was the first choice on my list and I feel it deserves to have another review along with several other wads. Altar of Evil has you blasting your way through a dark, hellish themed location with many tight corridors and claustrophobic rooms where Imps just can’t wait to sink their claws into you.

Altar of Evil starts by throwing you close to a horde of enemies within the next room, also allowing you to understand the way in which gameplay is played out. The level is mostly dark with the occasional brighter areas, so finding your enemies amongst the darkness is a scenario in itself. Some of the enemies have been recoloured, the most noticeable being grey which allows them to camouflage amongst the shadows more easily. That isn’t the only issue either, with many of the enemies found behind grated windows and constantly firing off projectiles toward you from all directions. This forces you too keep moving and the difficult also lies from a lot of smaller rooms and tight corridors to make you feel claustrophobic while fighting your foes. You’ll mostly be up against hordes of Imps, with Hellknights and Bulldemons closely behind. Progressing through and pulling switches and finding keys will usually mean a monster closet will be sprung, keeping you on your toes at all times. Ammo and health supplies are sufficient, I only ran out of ammo once I got to the Archvile due to wasting it, but you’ll more than likely leave stuff behind you can backtrack for. Then of course there’s secret areas too. The level does at first appear to be short, but it is actually quite long and may get too repetitive for some players. 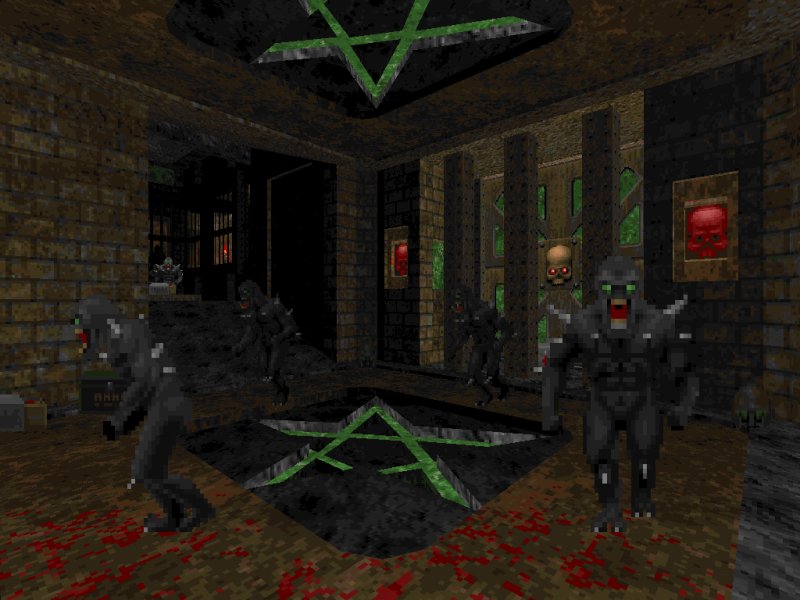 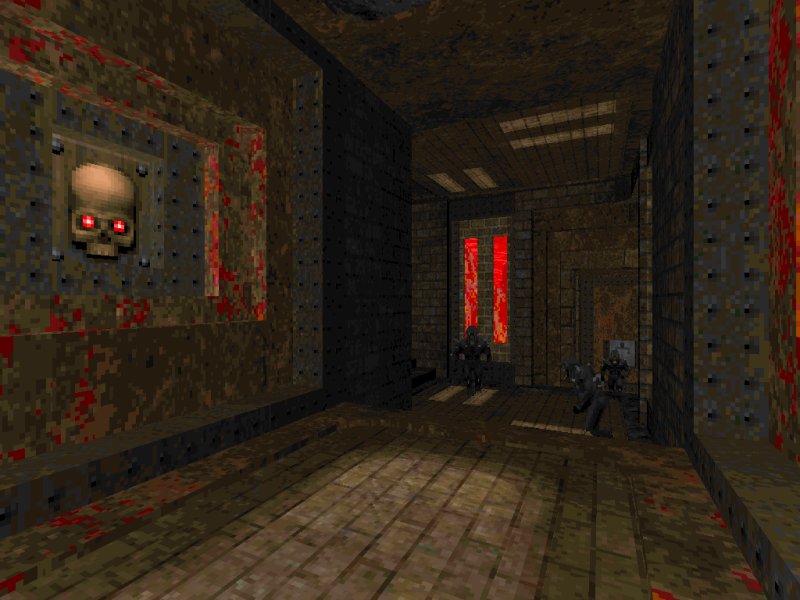 The map takes on a hellish theme set within the interior of some kind of evil temple, which not only looks great but has a good sense of colour usage as well. The level generally has a lot of details and not one location is left empty handed. The closed in spaces do help with doing that too. There’s always something to look at whether it’s along the walls or on the floor and ceiling, and the structure doesn’t exactly get in the way of gameplay either. Texturing is good and sticking closely to four colours, browns and reds for the basis of the level with some greys and greens to add some contrast. The enemies that have been recoloured are made to follow this very scheme so that the grey Imps, Bulldemons and Mancubi feel at home. There is also a nice atmosphere created from the use of alternate sounds from the PSX Doom game, which are always a welcome change now and then when playing a wad. 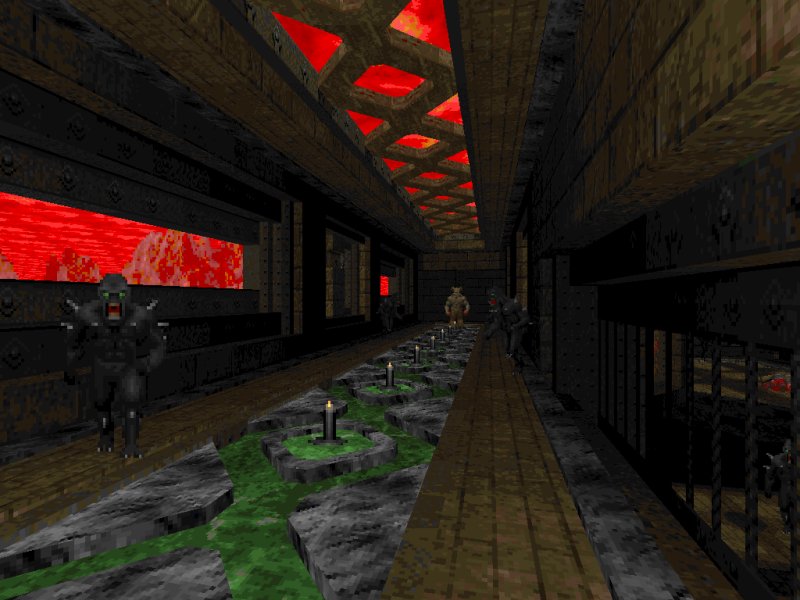 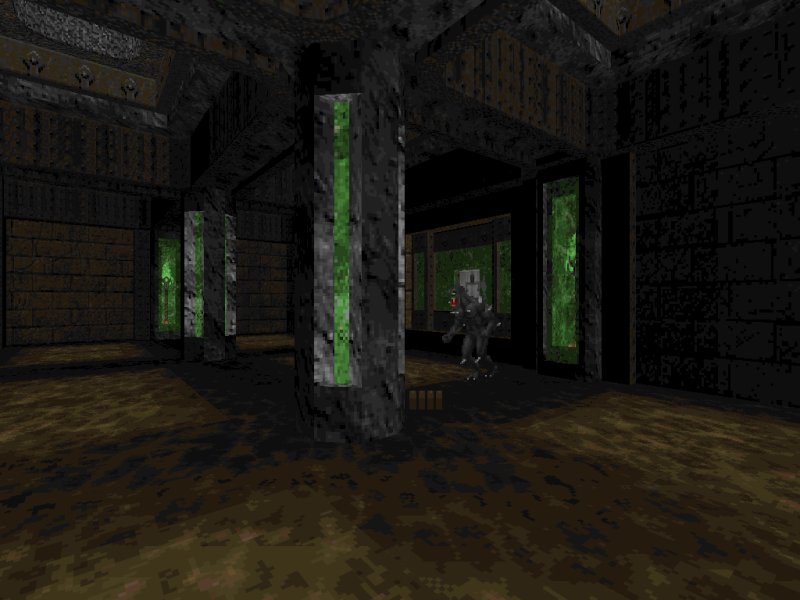 Even now the level is still an enjoyable experience with a nice set of challenges thrown at you. Design remains as good as I remember it to be and has a great use of colour.