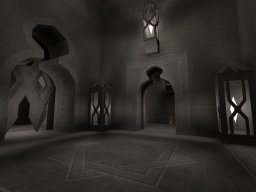 Introduction
The author’s first release takes place within a rather tall, white crypt, making use of the IKWhite tileset and taking inspiration from Michael Scott Rohan’s ‘Winter of the World Trilogy’. Also makes use of Quoth, and expect to see a new boss as well as new key pickups specifically for this level.

Gameplay
It’s actually a relatively simple level overall, with some small scale fights against mostly Zombies, Scrags and the occassional Shambler boss fight. The general pacing is rather symmetrical in manner, since you’ll find yourself taking both a left and right route to open a door in the middle, be it finding keys or pushing switches. Health and ammo is more than plentiful, with some hidden extras behind breakable walls, and a few secrets. There isn’t anything difficult to come across, and the final boss is pretty neat, but could have been more interesting to actually fight against. 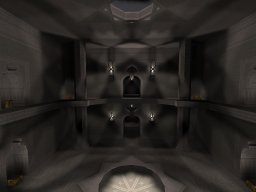 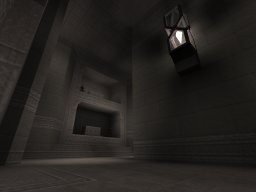 Design
The design throughout the level keeps a consistent style using the white texture tileset to create a white stone crypt. Other small details to give the place a more complete feel are the various pattern architecture found throughout, and large archways with a perculiar shape and the few piles of snow where outside meets in. The gates and crystal light cages are some of the more detailed aspects in the level, adding a lot of shape to spice up some of the simplistic areas along with some new key models. 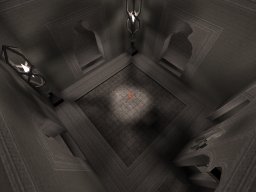 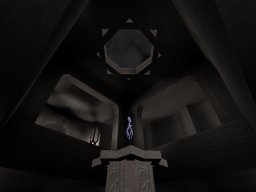 Conclusion
A relatively simple, short level with a new boss to fight at the end, taking place in a consistently designed white crypt.