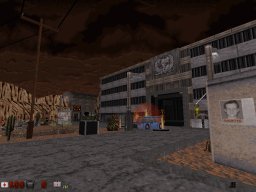 Introduction
Duke must infiltrate and destroy a complex infested with alien scum, all while finding keycards, batteries and staying alive, the usual deal. This map from Russian author, Zykov Eddy, takes place within an industrial complex and making use of Duke Plus. Even includes a new soundtrack for the ride.

Gameplay
Hands down, it’s a very enjoyable map to play with some rather intense yet fair gameplay. Enemy usage is spread out evenly, enemies hiding in corners while you’re distracted fighting another closeby, respawns to keep the empty locations fresh to blaze through once more and several boss firefights to spice sections of the map up. Difficulty is fairly medium and can provide a decent challenge, while some of those foes that shoot off shrapnel in tight corridors can be very deadly. Flow has a nice pace, between picking up keycards and fighting off enemies. There are also three batteries to be located to access a specific area and even some fuel, both being a nice change from keycards, switches and fuses. There are also a few secret locations to find as well. 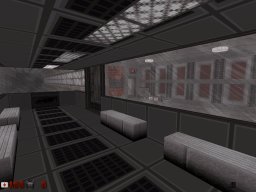 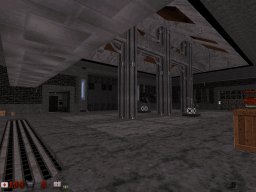 Design
From the get go, there seems to be various influences taken from maps such as, Blown Fuses and Last Pissed Time, however the design is generally really well crafted. The major bulk of the map takes place within a fairly small industrial complex, at first keeping to a grey scheme and later adding a bit more colour as you explore the surrounding areas. Masked wall tricks have also been cleverly used to create some fresh looking objects along the walls, and other spritework also adds a more complete touch to detail. Texturing and structure throughout the map is pretty much consistent and a good job has been done on the presentation. The later exterior area is pretty much the more impressive area of the whole map, although small, it looks great. 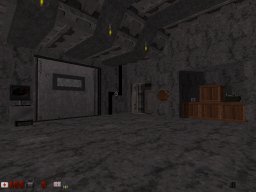 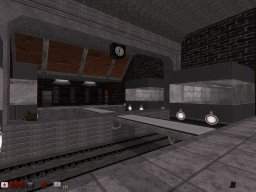 Conclusion
An enjoyable Duke Plus level with some great, challenging gameplay and good looking, consistent design throughout.