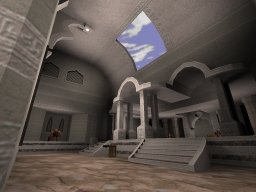 Introduction
Avanipaala Praasaada, also known as, The Palace of the Great Warriors, from 2001 is a map on a rather grand scale which takes place within a large, white palace. The map architectural design, texture usage and lighting has been constructed very well throughout this one, while the gameplay is fair and enjoyable.

Gameplay
Starts at a simple and slow pace, where things start off fairly easy while later on it will get a bit more action packed, but nothing particulary hard or challenging which was a shame. The level does however have a nice choice of fitting enemies, placed throughout the level rather well such as Scrags and Ogres. Ammo and health supplies are plentiful, while weapons are given at a decent pace throughout. Locations vary is size, giving the player a bit of variety where action takes place such as large rooms, thin hallways and even some vertical action. 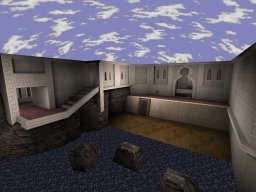 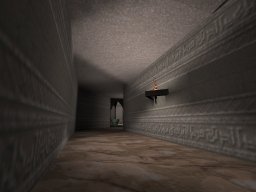 Design
This is the strongest aspect within this level, where you can find some brilliant construction throughout the level in a consistent manner with some great texture choices that work well with the bright lighting. The palace theme is done rather well with its usage of high ceilings, arched windows and ceiling, along with other smaller details to give it that grand appeal. Also expect a consistent mix of interior and exterior locations, including a lot of areas with ceiling windows, yet the choice of skybox did seem a bit too flat and fake compared to the originals, but still kept things rather fresh to look at. 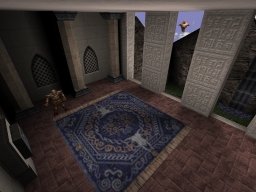 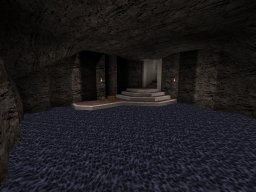