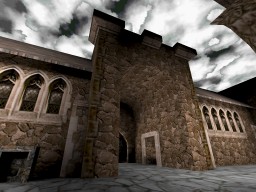 Introduction
Rather than taking on the regular conventions of a Quake singleplayer level, this map made in ’97 approaches the gameplay in a different manner, while remaining an enjoyable Quake level at the core.

Looking for something different? This might be one for you.

Gameplay
Rather than running into this level with your guns blazing, the best tactic comes from thinking how you will approach certain situations since the ammunition and health supplies are rather limited throughout this map. One particular part early on has four Shamblers on a set patrol around a cathedral, which can be approached in a few different ways, adding a great aspect to the gameplay. Although the level can be enjoyable once you get into the flow of things, it can also be rather difficult in some spots, however it’s not exactly impossible to accomplish either. The level has a decent balance between the enemies you fight and the weapons you recieve, and generally has a good flow from start to finish. 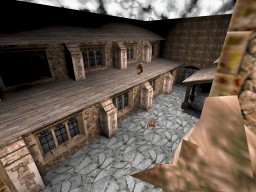 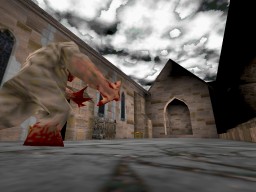 Design
The level takes place within a medieval town setting with a fairly decent structure throughout using a custom set of medieval textures. The level also contains a good blend of interior and interior locations, while the surrounding buildings have been especially well built with details such as window ledges, roofing and side columns. The texturing aspect has also been a good job, used correctly and tiled well ensures a quality design throughout. The lighting is also rather dark, creating a rather nice atmosphere when thunder and lightning crackles in the sky. 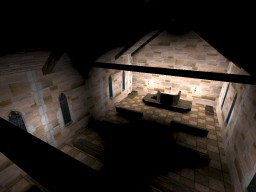 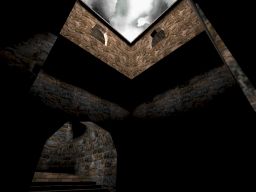