The City of the Damned 2: Apocalypse 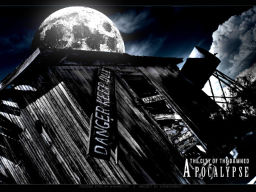 Introduction
The successor of “The City of The Damned”, a ZDoom map featuring resources from the Monolith game “Blood”, this time featuring dynamic lights and other nifty sourceport additions in GZDoom. Expect a moody, dark and scary city filled with zombies, cultists and evil demons. Another quality release from Tormentor which doesn’t disappoint, though this time round it’s something quite different from his usual projects, so let’s see what is in store for us.

Gameplay
The map should please fans of Blood and survival horror orientated genres of gameplay as this level follows a similar style and atmosphere. As expected from a survival horror type of level, most of the objectives require you to locate keys and backtrack between locations to progress further on, of which may be found distasteful to some players. Getting lost in the city can be an easy task at times, especially when you become clueless what must be done next which I found myself come across several times. I was wandering around for minutes until realising there was an area I had to climb to progress further, which didn’t come across as obvious. Nothing impossible to achieve though. 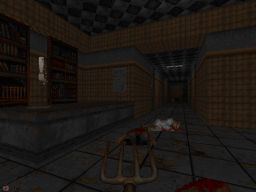 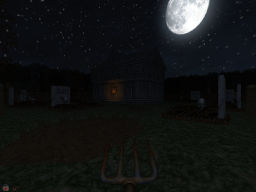 Moving onto the action, the weapons throughout the level seemed to be rather under powered as it took few too many shots to take them down. For example, killing the monks using the pistol. While you attempt to take down these simplier enemies, they’re having the time of their life pumping you full of lead causing you to retreat a lot of the time. This caused most of the action to become too difficult and tedious at times, especially when against groups. Supplies such as ammo and health shouldn’t come across as a problem since there should be plenty about. There was a large variety of enemy types throughout this level, but the problem that I came across is they’re not very often used and would have been nice to fight against them more often.

The puzzles themselves aren’t particullary hard to solve since, which is mostly requiring the player to go to the right place reading specific documents and gathering three artifacts to finally fight off the main boss. These are spread across the city in different locations which require keys to access them. A majority of the gameplay is made up fighting against the enemies due to the lack of interesting puzzles, while reading notes and documents explaining pieces of the story or locations for require items. The atmosphere throughout this level has been done fairly well and creates a creepy, dark tone to specific areas of the city through the use of level design and ambient sound effects. 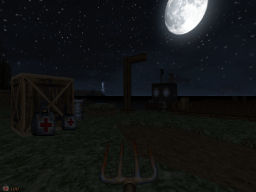 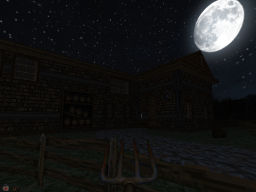 Design
As per usual from Tormentor, the level is designed fairly well with a decent structure to the city, making use of the textures to create this old, creepy town to explore. The street lamps emit a warm, orange light while everywhere else feels cold and lonely which helps create mood upon the level. The surrounding trees masking the edges of the town and outskirts, while the moon sits high and bright also help make the player feel alone, and their surroundings deadly. The use of certain assets used in specific location defined each area well, especially the hospital. The spiderwebs with a cold, blue darkness while shifting and whispering is heard beyond worked fantastically.

Throughout the level are several different establishments on the outskirts of the town and within it, each of these locations appearing different from the last. The good use of the textures in these buildings and underground help create believable locations in the town. The doors were however oversized. The excellent use of 3D floors outside for the houses and church has been used very well adding more to the believable environment when exploring the outskirts of the city. There is a nice mix and flow between open areas, and locations which were smaller, however a majority of them were a decent size making the expierence a little more enjoyable escaping in those times of need. Although open, this doesn’t mean they’ve been left empty and neither too clutter adding a nice balance in it’s design. 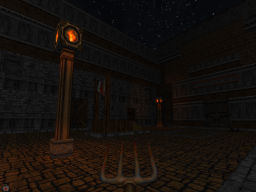 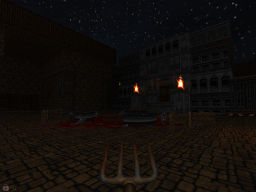 Conclusion
Good quality level that plays well in the survival horror aspect, though the action could have been improved upon. Design is decent, makes good use of the resources and creates a fitting atmosphere.