Gameplay
Yet another complicated and obscure puzzle map, but this time with a more unlinear flow in a larger map which is set into several stages. From the start you have to climb up to the higher areas, then you must gain access into the lighthouse itself. and ofcourse screw in that lightbulb once inside. This is no easy task as you’ll be walking around constantly to different areas pushing the many switches available, locating hidden passges to progress further. The action is deffinitely tricky with many enemies that only increase in numbers later on. There are a few new variations which again can make your job harder to complete. This level may come across as difficult and confusing to progress on, but everything is entirely possible to complete and should be approached in a slow, controlled manner while exploring each location carefully. You’ll be visiting all sorts of areas at the bottom, middle and higher areas of the level adding a lot of length to the overall mission which can remain enjoyable as you get further and further. There should be plenty of supplies around throughout the map, but a slight lack of health considering the amount of enemies.

Design
Much like the author’s previous maps, large and detailed with many usages of the Build engine tricks and glitches to create many of the maps locations, however structually there are some plain and odd looking areas. Considering that these areas are stacked upon other sectors this isn’t too much of a problem, but texturing could have been better. Other than that each location has a set theme, while other lack with varied usage of textures per building. The overall large structure and amount of enterable buildings is impressive but didn’t feel it stuck to a lighthouse theme, having a more wierd approach to the design instead.

Conclusion
Decent map with yet another puzzle orientated approach with a lot more challenging fights throughout. 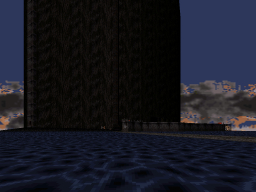 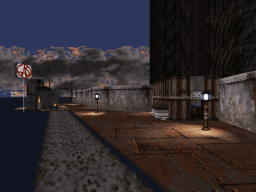 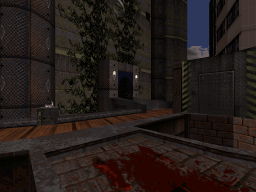 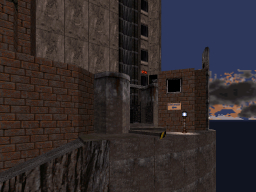