Gameplay
An oilrig has been taken under control by terrorists and its up to you to retake that said oilrig. This is quite a short map, with a few different routes and plenty of simple objectives to complete. You start near a small island of which you must find transport to the oilrig itself. Plenty of foilage to hide in, while each guard does their own thing. Each of the enemies hey have their own weapon of which you can pick from before leaving. The oilrig itself is a little more trickier and some snipers as well, but with some thought out approach shoudn’t be too difficult. Plenty of ammo, health and armour supplies about.

Design
Throughout there is a tidy and clean layout of the used objects, didn’t notice any problems with the indoor areas either. The foilage used and other objects provide with some good cover yet used well where placed. Landscape construction was also done well and tidily, but nothing major to comment on about it.

Conclusion
Enjoyable short map, balanced out gameplay with set objectives that shoudn’t be too difficult to handle. 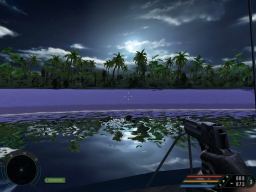 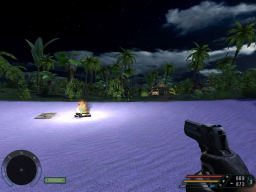 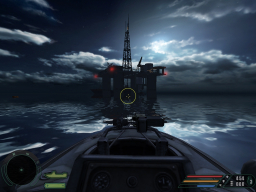 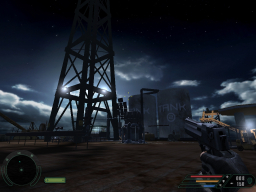