Gameplay
Quite an action packed map considering the amount of enemies there are, which are balanced out well with plenty of supplies about. Nothing too hard to come across, as the map is a simple keycard hunt with some respawns here and there. Nothing special is to be found throughout, the objective and combat is simple which leaves a dull feeling about the map, which isn’t helped by the lack of ambience sounds.

Design
Structural design is above average which keeps consistent throughout the map, which is generally dark, lit in areas by some decent lighting. Texturing is done well, with some fitting choices where used. The new textures in this one doesn’t conflict with any of the default stuff which is also another good point. The bright crystals found in some of the caves were a very nice touch and looked rather good in the dark enviroment.

Conclusion
Balanced yet simple gameplay with decent design throughout. 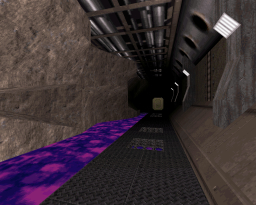 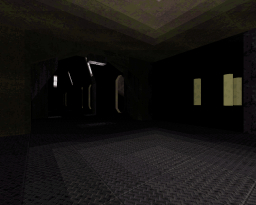