Gameplay
You’ll find yourself in combat throughout a majority of this wad against small packs and large hordes. Large exterior and interior locations will hold those large battles, while corridors and other small locations won’t come as tough. Although there is plenty of action about and a nice balance of flow, unfortunatly the supplies can lack here and there when needed, but health wasn’t a problem. It could have been me not being careful at some stage in the map, but I couldn’t find much when tracking backing either. Simple objectives to find keys and pressing switches, while being caught in enemy traps, respawns and other nice surprises and short cutscenes later. The wad is quite lengthy, but I found it extremely enjoyable although a bit annoyed with lack of ammo here and there. 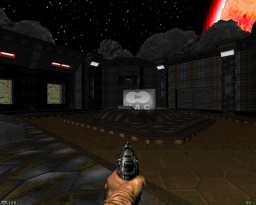 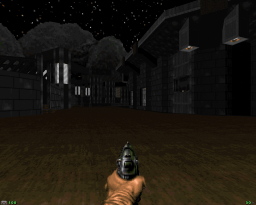 Design
Top notch design with details everywhere. Structure is fantastic which keeps to a certain style throughout the wad. The maps didn’t feel too square thanks to the realistic usages of slopes to create angled ceilings or arches which fit where used and other details such as fans. There are many different types of locations, both large and small. Although the design is similar, they’re not too alike and stay quite away from the symmetrical layouts which makes venturing into theses areas quite fresh. Lighting is also realistic, so no complaints in that area. Texturing is good while varied to creature a very high tech look to the map, aligned and used well where used like most of the structure. 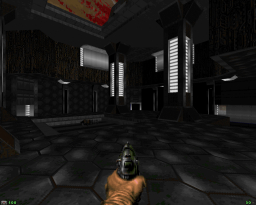 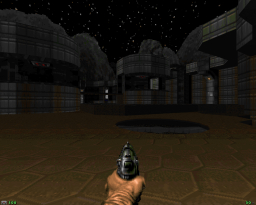