Gameplay
Balanced and enjoyable, medium lengthed map. Starts off by teleporting inside some facility and the rest is pretty much simple. Find keys and pressing switches and to find the exit of the map, while fighting off controlled amounts of enemies during combat. Plenty of action about, at a slow pace, with some nice variety between them adding in both lesser and tougher demons against you. Some of the fights can be quite tight, and a few were annoying in the dark but nothing too difficult to come across. Enough ammo and health supplies throughout the map, few weapons given to the player at a steady pace and some secret places worth looking for. Some switches were hard to find or notice at first in some areas, and may make it seem you’re lost from time to time as well. The wad includes a new music track, which fits the map and sounds rather nice. 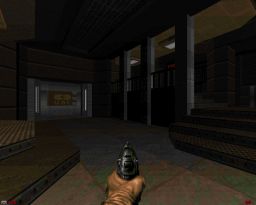 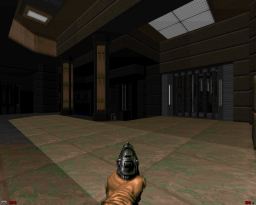 Design
Another quality designed map with details everywhere through structure and texturing. Structure of the map is decent and keeps the locations less flat, making good use of textures that fit and align very well. Especially the computer screens and lights. which again suit their purpose and don’t feel out of place. Lots of brown was used throughout, both dark and ligth, which did get a little bland here and there. Some few greens, blues and reds attempted to break this but didn’t do too well, but helped slightly. Shading is quite dark in this one, sometimes hard to see, but overall it’s not too bad and doesn’t cause too must fustration. Layout of the map was a little confusing at times, especially when looking for certain switches or doors but keeps everything else varied. 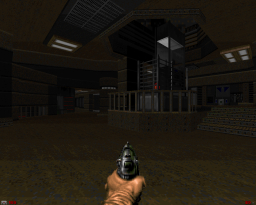 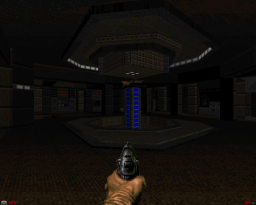