Gameplay
You take the role of another character in the Black Mesa facility and expierence the madness once again as Xen aliens have started to spawn everywhere. New characters, weapons and enemies are used here and there throughout the modifacation, a few weapons which are rather useful to help complete your task. You’ll be venturing through several areas of Black Mesa once again and ofcourse visiting Xen but the flow was a little tiresome though interesting with a few funny cutscenes to add some light humour in there, and ofcourse plot twists. Some challenging areas are placed in several spots which can be difficult at times but nothing impossible to complete. Health might be an issue if you don’t watch what your doing since there isn’t a large supply of medikits and chargers around, which can cause some spots trick. Especially when dealing with Gargs. Lastly a small note that there is two possible endings to the modifacation.

Design
Above average structure wise throughout with some great constructions here and there although a few large areas that can feel a little empty at times. Different themes and styles have been used for other areas of the complex, although several corridors looked boring. Texturing is quite average with a typical Black Mesa style and usage everywhere with misaligned textures in some spots. Tone mixes well as they should, and the texturing does get better later in the modifacation and get a little more tidier. Lighting is moderate, although lacks some atmosphere in a few places where it could have been used, is decent enough and keeps places well lit, and matching its source. There are also a few other decent locations and details worth noting which I’d rather not spoil.

Overall Conclusion
Challenging, with some light humour and above average design throughout. 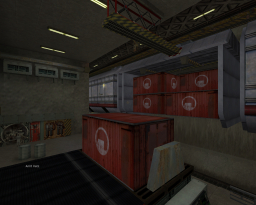 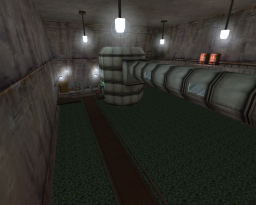 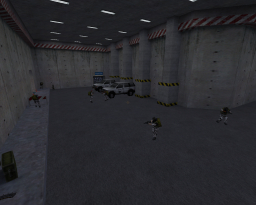 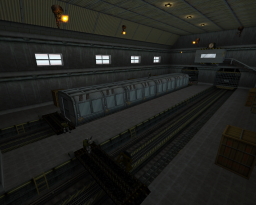 One thought on “Sweet Half Life”