Gameplay
Somewhat a prequel to Half Life and an interesting idea to how Gordon gets into Black Mesa. But it’s not your typical action packed adventure however as the fights are quite light with small hordes of a few select creatures from Xen, some of which have been given a new texture, and a few zombies also here and there. Flow is very well balanced, though with only a small amount of weapons and limited supplies the short map pack is very enjoyable and a little challenging. The starting cutscene pretty much sums up what you’ll be doing as the diner waitress tells you some things, eventually setting out on a small task to this house she mentioned. But a majority of the map pack is spent in some caves, though some of the dark areas can be quite an annoyance to explore, there isn’t many of them.

Design
Great stucture throughout every level that is both clean and solid that clearly shows it has been hard worked on. Structure and details are everywhere, first noticable in the house from wooden beams to the furniture placed around the building, all constructed using brushes and done well. Even the rock formations in the caves are done tidily preventing the player from getting stuck anywhere on them, same goes for the ground. Water that was used also blended perfectly with the caves, at a good level of lighting and transparency it didn’t cause anything to go out of place and ruin the design. Texturing is also another good job, clean and solid where each one is well chosen and aligned well. Lighting is moderate, mostly brighter in the house yet dim throughout the caves, with a tone that fit with its source. There was a really dark of the cave a little later in that was quite annoying but nothing too troublesome and the area is quite short. Lastly, although the map has quite a bit of detail it runs very smoothly without any slowdowns located anywhere which is also another plus to the map pack. 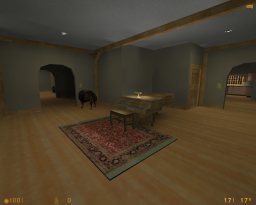 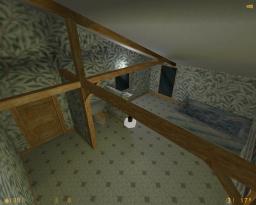 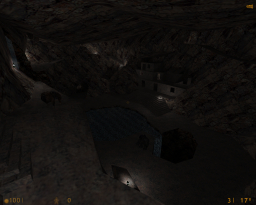 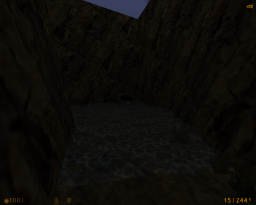