The City of the Damned

Gameplay
Lots of action throughout in this wad, especially outside as there are several enemies which will force you to watch your back at all times as they will be everywhere. Firing their projectiles from windows or at a distant, no where is safe in this city and the only way to survive is to ofcourse waste them all. Lots of enemy types are used and mixed in a fair variety of other demons in each horde making the map balanced, yet hard in some areas where Archviles are located. More than enough ammo, especially for the shotguns thanks to some enemies and there is plenty of health around with some armour additions elsewhere. Some fights however can be a bit tight in some areas which get a little annoying. Main objective is to find the six keys and press several switches to get through to the end with a final task at the end.

Design
Very detailed city using several textures from blood which have been used very well throughout the map and mix well with other chosen textures. Structure of the map is also decent with a lot of shape for each building both on the exteriors and interiors. Lighting is also realistic where itâ€™s been used with some areas being at a good level of darkness which doesnâ€™t cause annoyance. Like above some ares are tight to fight in and could have been a little bigger or had less enemies. Each location has been created to fit and mix well with the rest of the map and each building has itâ€™s own purpose without looking too alike to other areas. 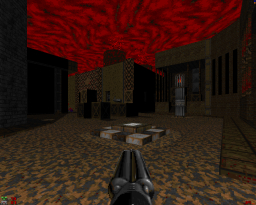 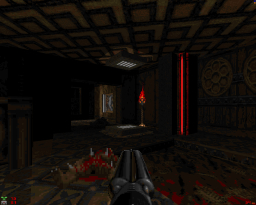 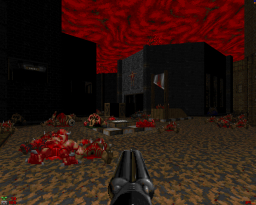 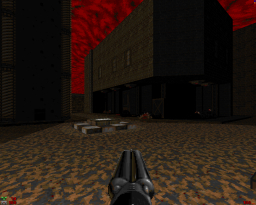