Gameplay
Moderate difficulty throughout in this map, but still rather easy around the beginning parts. Good length and size for the map with variety in locations, as you explore the landscape with plenty of foilage, enter some caves then into some compound, the latter part being the hardest. Included in the small mod are some new weapons and other little extras, especially the comical moments you’ll come across. Only human enemies throughout this mod, some that pose a large threat while others seem dumbfound during some areas of the mission, like the area with the bridge. A lot of weapon choice for the player and a lot of ammo, but too much of it and grenades which causes the fights to be simple with no real challenge. The overall goal of each objective is to find ways into the areas you must access, being it a keycard, switch or explosive it’s all simple to do. There were some interesting moments though, such as the laser grid in one room, without spoiling it too much. Health and armour was never much of a problem as it’s plentiful and the guards drop it quite a lot, this also ruined the challenge to survive but sometimes the fights can get rough causing your health to drop fast, yet those moments were fustrating.

Design
The mod is set at night and catches the atmosphere pretty well in a lot of areas as the tarrain has a lot of vegetation and rocks that make the outside make up for it. Interiors have been put together well, with a few rooms that felt out of place at times due to their different looks, but everything else was very well done and had some great lighting throughout. Some places outside felt cramped, such as the enemy bases with a few things being too close together although it wasn’t much a problem but still bothered me. The caves were the best part as they had the most atmospher with its lighting and structure, sounds of creaking wood also helped achieve a realistic touch to the place.

Overall Conclusion
A solid, enjoyable mod with new weapons, although a bit too easy at first. 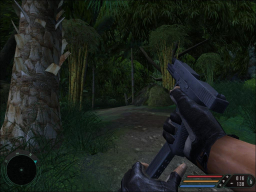 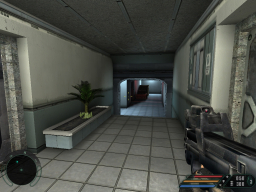 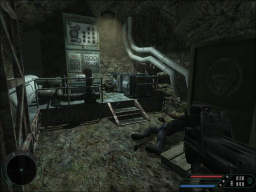 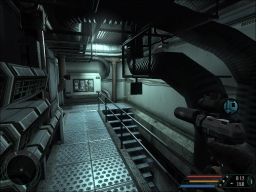