Gameplay
A mix of puzzles and fighting, balanced quite well but a lot of puzzles aren’t too obvious at first, while others can be a bit too confusing. There was nothing impossible though which was another good touch and the battles are fairy simple as there isn’t really any strong enemies about, except towards the end which could be easily avoided. Throughout are other simple tasks that only need very little thinking and a maze like dungeon to navigate through with a few traps about, although nothing fustrating.

Design
At times the design can be below average and sometimes average, but overall it could have used a lot more work. A lot of areas look rather basic or the structure doesn’t look very good. However, a few areas do look quite good, even a few of the starting areas due to some good texturing and lighting. Although the latter could have also been improved, especially down in the dungeon two section and as you progress, the design doesn’t really get any better.

Overall Conclusion
A good, small modifacation with average puzzle gameplay and design throughout. 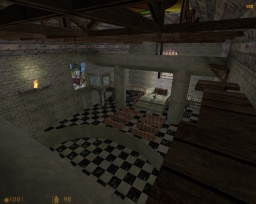 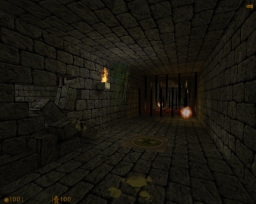 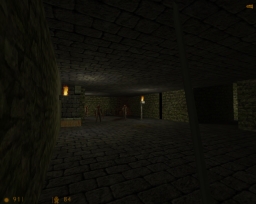 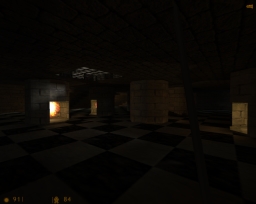