Note
I played this mod and Cleaner’s Adventures around the same time, so I may have gotten some bits mixed up. Sorry if this is the case, and please tell me as soon as possible and I’ll edit it out. Thanks.

Gameplay
The mod has quite a bit of variety throughout with some humourous moments. You, again, travel through the Black Mesa incident again as a different scientist. However, instead of all the action taking place in the main Black Mesa areas, you get to visit the old areas of the facility and even walk around in a hallutionation which was a hilarious moment. The mod has been put together well, with a lot of jokes throughout and some great ideas that keep the whole thing an enjoyable moment. The action is pretty easy with a few tough spots but it was all rather good, nothing too fustrating about it. The dark areas were quite creepy, especially when a headcrab jumps at you when you least expect them to be there. I like the idea of finding and collecting large batteries to do certain things around a few levels, it was funny seeing them as well.

Design
Nothing too special in this area, as everything was kept within the Black Mesa style with an average level of detail. Some rooms lacked good detailed while most felt atmospheric, especially the old part of the facility which kept it immersive to explore. The design of the first hallutionation area was quite original, some wierd construction that I found was well though out. Lighting is the same as the structure, nothing too special to comment on, only that is was good with no overuse of any coloured lights. 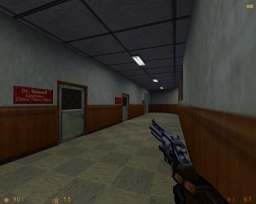 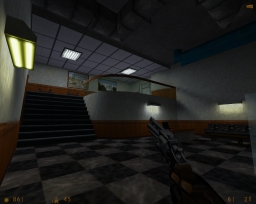 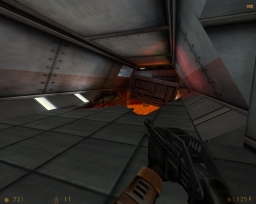 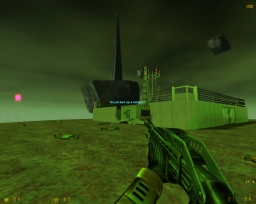