Gameplay
Set in an industrial facility with many interesting effects all over the map. This one was very enjoyable, a bit confusing at times and sometimes fustrating but remains fun and interesting throughout. There is many effects that added to the map in many ways, they made the factory feel alive, they created atmosphere and even realism, which was just fantastic. Effects such as powering up the factory bit by bit, or even the ones where you must extract water, slime and lava were cleverly constructed and the moving machines looked great. There was a lot of ambience everywhere, which helped achieve the activeness of the factory. A lot of explosions placed in certain areas which reveal other little industrial bits and pieces. There is a lot of enemies around for plenty of action and the map seems harder at first but gets slightly more easier later, but it then goes back to being challenging which was a good thing too. There is also enough health and ammo to beat every enemy in the map, maybe a few more shotgun shells could have been handy near the start though.

Design
Very good, with some fantastic machine designs and other constructions. Most texture choices were great but a few I never liked, however the author used them well and created something interesting with what he had. Each section of the map looked perfect for the type of room it was, such as the area you extract the slime had a gloomy look to it that fit well. Lighting was good, used everywhere and kept the realism feeling throughout. Another good point is the variety of doors used and the sound effects assigned was nice. Plenty of well made spritework every also gave the map a more 3D depth too. 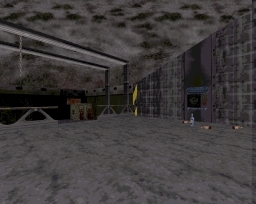 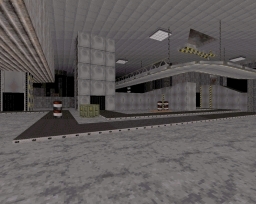 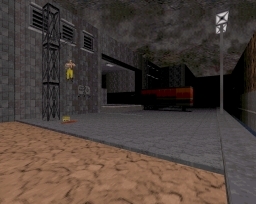 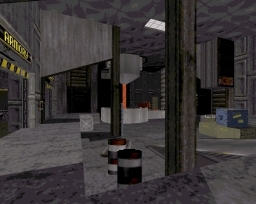