Another good episode, but the basic gameplay is to get from point A to point B fighting through enemies and solving simple puzzles. The combat is a fair ammount and you get plenty of ammo to use against them. There are some nice ideas in this series though, like the Xen experimental rooms. Theres also a fun level in this episode towards the end, but I don’t want to spoil it for you, so you’ll find out when you’ve played it.

Design is good, not too complicated, nor basic. It has a nice style which continues throughout the series and doesn’t get random at all. For example, all the sewer areas follow the same style as the last sewers which is good. Also, the levels don’t get a boring flat look all the time, they have nice details here and there and the ceilings are not flat.

Co-operative version of this series for Sven Coop is also avaliable. Coop in this series make it more interesting and makes combat easier. You also get to fight more and different type of enemies along with using the Uzis. It also has new spawn points as you progress which is useful.

Another good series you should deffinatly try out, especially for Sven Coop. Good design, great gameplay although nothing too original and a fair combat. 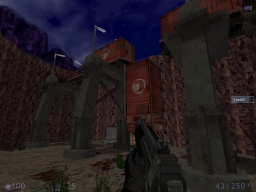 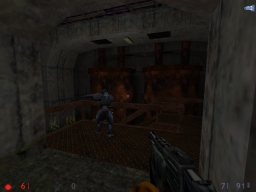