The Realm Of Grune

Gameplay is fun, but challenging. The basic gameplay is getting the Rune’s and using them to proceed through each level, finding buttons and solving puzzles. The amount of enemies can be a little high, especially the new enemy. The enemy locations are very random though, and enemies are placed in bad places, such as the octabrain in a tight underwater area, making it hard to get back underwater if one gets in the way. The mod has lots of ammo and health, sometimes sparse in some areas.

Design has a very gothic like theme to it, the structure to the rooms are good in some areas, but basic in others. The outside locations look really nice, especially with the little details such as flowers and mushrooms. The mod has some very good constructed levels which look fantastic for the theme of the mod, but some levels or areas just look basic, it looks like the author tired to make these certain areas best he can, or lost inspiration in some spots. Although, the design is good, its pretty much average. Texturing is good in some places, bad in others. For an example, in the first screenshot, the texturing looks basic, and bad choice of texturing and bad aligning. In the second screenshot, the area looks belieavable that its a woodland area, good choice of textures. But shame that most of the mod has bad texturing, but with good choices for the location. The last level has very random texturing, which doesn’t look that nice, although, still works with the theme of the mod.

The modifacation is good, with average designed and textured levels, with a challenging gameplay. I recommend you give this one a try. 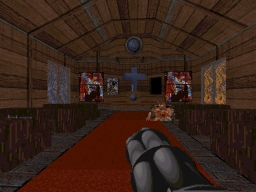 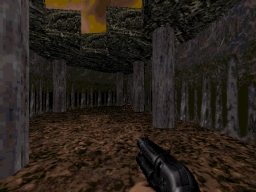 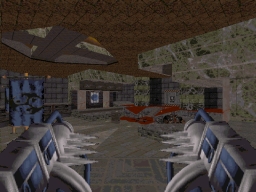 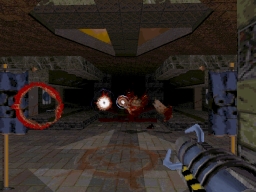