Introduction
Beerzity is a user map made for WGRealms, an episode made by William Gee and is required to play the map.

Gameplay
Has a lot of action throughout the map, especially with lizmen but the wide open spaces help fighting the hordes of enemies and bosses. Although the wide open places helped against every other enemy, it made the commanders very weak and easy to beat and could of been used in more tension building situations such as medium sized buildings.I got lost a few times in the map but eventually figured out a way and then got stuck once again and had to ask for help and finally completed the map. I like the ending of the map because you get a choice of what you wish to do which is good way to end a map.Enemy balance was just right, a bit too many octabrains hidden behind the secret walls though and too many battlelords closer to the end but overall there was plenty of enemies to fight with. Plenty of weapons and ammo throughout the map as well. But you never ran out of shotgun ammo because there can be far too much and could of used more chaingun ammo in a few places but overall it was done well.

Ambience
Although the map is very bigin scale and detailed a lot, it missed a lot of ambience sounds in a lot of places and could of made the map feel less empty in those areas like the way they were used in WGrealms.

Design
Beerzity’s design reminds me of a mix between William Gee’s and Billy Boy’s styles.The texture choices can be good choices and sometimes wierd ones – but not bad ones because the wierdness to the texturing works well with the structure of the buildings. Some of the texturing can be basic though but I only noticed a few. Beerzity design also shows Numan’s artistic style, both his artwork and map have similar styles with a sort of deformed look to it and lots of colour use and it has been shown very clearly through this piece of art, Beerzity. I found a lot of architecture to be very well made with such a large scale used with a lot of areas to fill up which has been done very well. I especially foun dthe natural sections of the map such as rocks and woodland areas. Some areas have very basic design with hardly any details but these areas are the ones that the player will rarely go to or never return.

Overall Conclusion
Action packed fun yet slightly confusing in a few spots with a good design reminding me of both Billy Boy’s and William Gee’s styles. 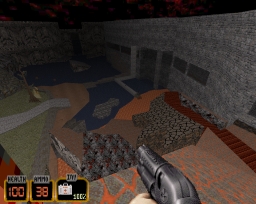 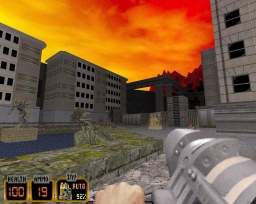 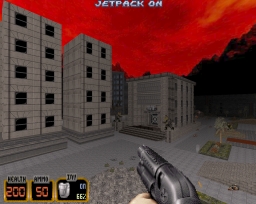