Gameplay
After the map became Map Of The Week at AMC, I decided to give this another go. A lot of Billy Boys maps are confusing to know what to do, but I found this less confusing than his other level, therefore more enjoyable to play. Theres plenty of enemies around to keep the action up and a lot of respawns which is a good idea for such a big and long map. The new enemy is quite a challege in most situations, and can be too strong to shot down, although having it is a nice feature for the map. Boss fights can be hard most of the time, but possible since the map has plenty of ammo to keep going. This map has a lot of switches that open doors from quite far or an unknown location until you look at all the locked doors and find the one that open, either way, it has a feeling of excitement once you have found it. The batteries are also a nice touch so the map isn’t limited to only key cards add viarity. Billy boy made a good keycard system in such a huge map, and made some nice ideas for the next possible location to explore, which adds to the fun factor.

Design
Very top-notch, but in most cases, unrealistic. But that’s not a bad thing though, the map has a lot of detail and a good texturing style, especially the spritework outside. The map has been very well detailed especially due to the size, but there are some empty rooms, but not too many. Textures have been chosen well for their location, theres a lot of misaligned textures, but in this map, they actually look nice like that. Custom textures were also used well, and not over used. The map also has a more real sector over sector effect through out with looks very well made, such as the small house like building on the cliff. Keycards, batteries and puzzles have been placed and thought well, I really liked the cutscene when Duke’s ship gets attacked again and it reveals a new location.

Overall Conclusion
One of the best Billy Boy maps which isn’t too confusing to play. 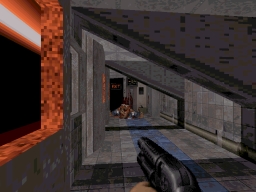 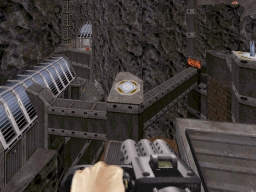 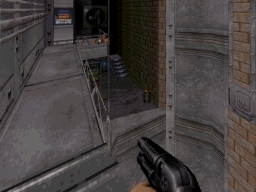 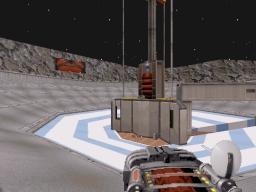