Gameplay
A challenging map with a very good enemy balance which stays fair throughout the map. Placements for the enemies are also good and not placed in a too obvious position either. The overall map is to find the keys and find the exit but it still flows well and the keycards were easy to find. The map could of used a lot more respawns though as well. The map can also lack health when you really need it, and it places you didn’t. Otherwise the ammo amount at the start was too less but later in the map you start to get a good, fair amount.

Design
Very detailed rooms with many textures used and chosen very well. Some areas were slightly basic while others were well made. Some ceilings could of done with some more work also such as the starting room lights. The map also consists of many corridors which isn’t very well thought out for a sea military base but each designed differently so it didn’t get repetative. The use of new sounds are very good as suit the map. They are also time well with doors and the alarm actually feels like your intruding. I also found the timed elevator very good as well since it was timed perfect and sounds worked very well with it. 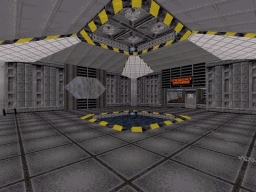 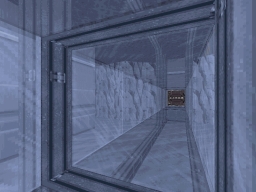 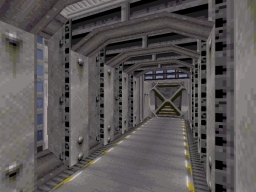