Not a hard short episode, and the action is easy in a lot of places except tight rooms. Throughout the episode, brand new enemies are used as well as larger groups of other enemies and thats where the episode starts to get more tricky, although the author gives the player a lot of health and armour. Theres a lot of ammo in the episode so it’s impossible to fully run out. You don’t get the double barrel shotgun until much later which makes the fights longer, or drag on if you wish. Overall missions in each map is finding keys and buttons and back tracking with the odd, or several, traps here and there. Some of which are overused. Other than that, the episode is fun in some places, but mainly tiring and the atmosphere gives a boring feel.

Top notch, with very detailed locations and very well textured and aligned walls and details, but the episode has way too many crates. Every single room nearly has a crate or more which is a bad way to make a room feel less detailed. Enemies have been placed in good locations, and ammo is in fair places. Lighting is good, although very dull in a lot of places. A lot of outside locations range from large to medium size and are made very well. Layout of the maps are very tidy and easy to navigate and find places you’ve missed or need to go.

Good gameplay with enough action, can be tiresome, good design although rather gloomy. Good episode. 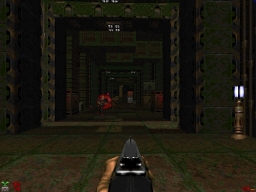 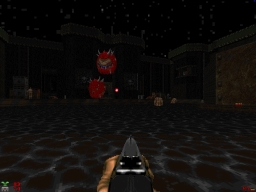 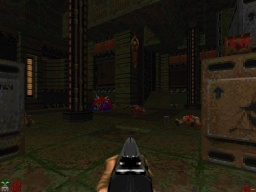 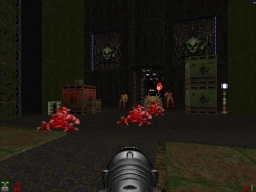