Gameplay
Quite enjoyable without any fustration throughout. The map remained fun with a very good enemy and amoo balance with plenty of health. Weapons are given to the player in a controlled manor and all the powerups within the map are useful later on. Enemy placement can be bad in some places but most of the time it is quite good. The keycards aren’t too difficult to find, one being slightly hidden to add some varity between the other ones. The blue and yellow keycards are both needed to exit the level so the order choice to get each card is up to the player.

Design
Isn’t very good but gives the general idea of a sewer but some odd locations such as the dinning room and the crates stored ontop of the sewage. There was also quite a bit of oversized doors and a table in the map as well. Texturing is rather poor but the choices for each one weren’t too bad, structure is rather basic and too blocky as well. Use of sprites is also quite simple. Lighting was was also simple but good since it was existant throughout, although the vents were too bright.

Overall Conclusion
Simple construction with basic design but the fun gameplay makes up for the level. 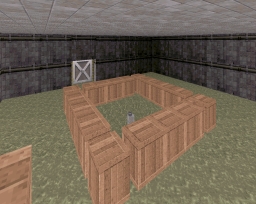 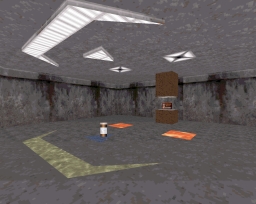 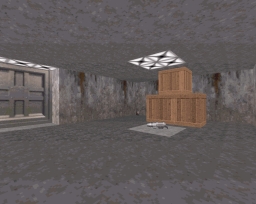 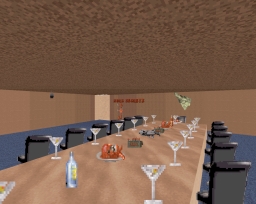